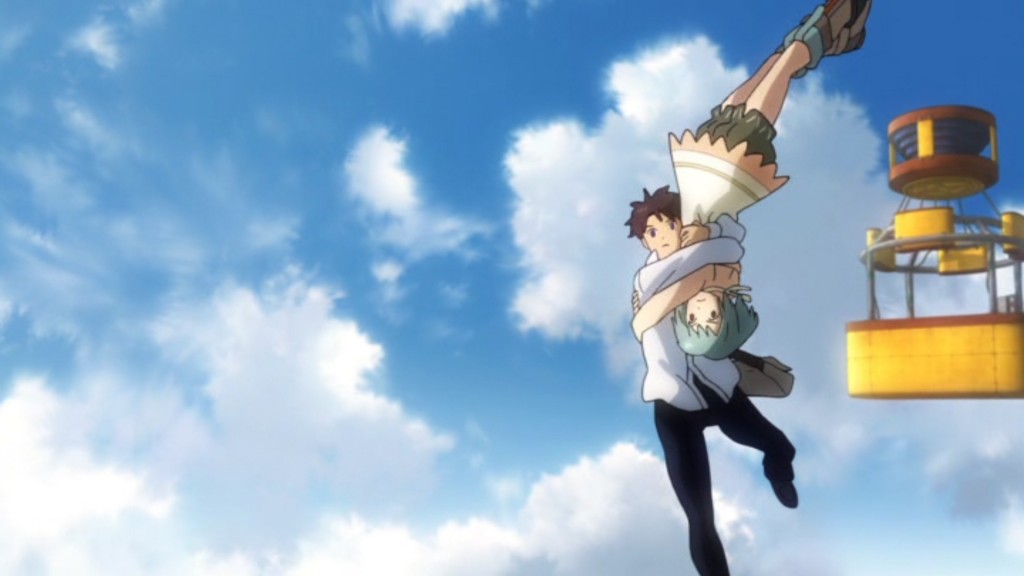 Have you ever lain down on the floor, looked up at the ceiling and wondered what it would be like to walk upon it? How would we see the world from an upside-down perspective, looking straight down into the bottomless blue ocean of the sky? This is the world as Patema sees it: wondrous but yet terrifying.

Patema is one of the Inverted, a race of people who survived a cataclysmic change in the Earth’s gravity by burrowing underground. Confined by her underground dwellings, she dreams of seeing a bigger world; exploring the Danger Zone to the disapproval of her guardian and Elder of her people. Murmurs of a bright, green world above draw her out to her cost, as she encounters one of the mysterious “Bat People”, a man hanging from the celling cloaked and masked and immediately hostile. Fleeing, she falls into a pit and emerges in the surface world, only the wrong way up. With the sky at her feet she is rescued by a boy named Age. Together, the pair from two very different perspectives hold the key to changing the world forever. 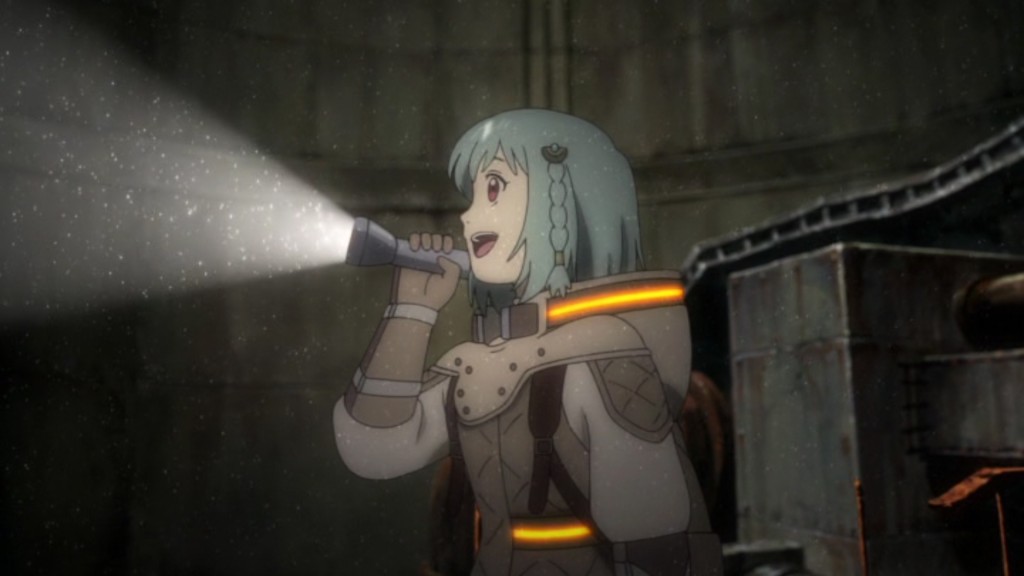 Acclaimed director Yasuhiro Yoshiura (Time of Eve) brings us his imagined world of Patema Inverted, a dystopian post-apocalyptic landscape that on the surface is run-down, gritty and ruined; while in the darkness underneath lies a hive of life and activity. This is just the first play in what is a movie of contrasts; a modern, controlled existence against limited simplicity; up against down; the surface world against the underground world. The direction places these contrasts at the core, placing emphasis on the different perspectives through the use of rotating the camera to put a certain character at the forefront of the story. While forceful, it’s interesting how much of an effect this has on how you empathise with the story – switch the perspective around and the meaning and emotions of a scene change drastically. Patema’s fear of falling into the abyss vastly contrasts Age’s love of the stars; and despite these differences there is a good sense of chemistry between the two as Patema is pushed to overcome her fear of the unknown and peek over the edge and the beautifully drawn night sky. Capturing that beauty effectively is a challenge that is brilliantly tackled with use of light and colour, as light on the horizon splits between the two perspectives of Patema and Age in a shared moment.

While the scene orientation is a key aspect in drawing out specific emotion, the technique does have a slight issue. As your eyes naturally gravitate to the ground, the switches in perspective can be a little disorienting as you try to focus on the image correctly; as such the camera rotations and perception of height may make people with fear of heights or other conditions uncomfortable; an issue which is down to the technical aspects of the film and their effects on the viewer rather than its overall quality.

The central leads are from two quite different worlds, yet Patema and Age share a lot of similarities which help draw them together. Both are rebellious teens going against the rules set up to protect them from the perceived dangers of the outside world, and have a deep sense of exploration. Patema is a particularly strong female lead rarely seen in the majority of anime, overcoming the challenges she faces and dismissing fear in the face of adversity. Age isn’t a blank slate either; he has a set of demons in his past that comes back to haunt him, and while he does get to the play the hero he almost never wins outright, making an uncertain final climax all the more nail-biting. The villains of the piece fail to impress however, with lord and master Izamura lacking depth despite his grizzly fascination with the Inverted. He mostly sits there as a plot-driver, sending out his Stormtrooper-like Police Force to stomp out any threat on his idyllic dictatorship. Giving him motivations for his actions and explaining his hatred and fear of the underground realm would have made him much more compelling. 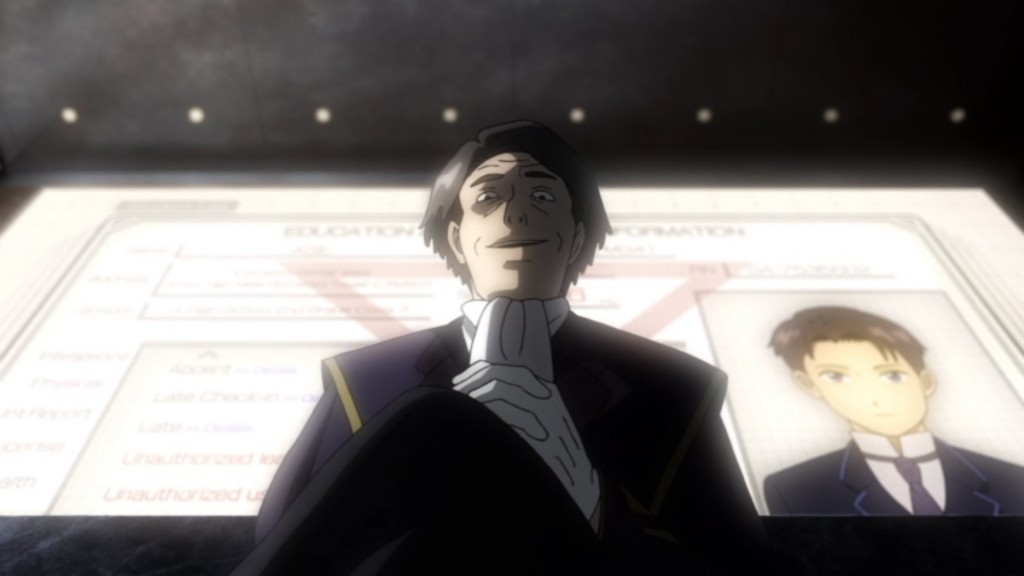 The sound direction hits the high notes with some creative use of the film’s soundtrack, provided by Michiru Oshima. In one particular exchange between Patema and Age, the music pauses just at the right moments to emphasise the comedy and nervousness of the pair. It’s clever and it helps the audio track stand out from the visuals, which is always a pleasure. It’s never very heavy either, with a light and slightly slow feel that is comparative to the film’s progression and pace. There is a particular focus on the human drama and the fostering of relationships between Age, Patema and the people underground, and in that sense it can feel a while before the film starts to pick up pace, but as it does and we start unlocking the world’s mysteries you feel like you are soaring through the skies with our leading pair.

Taking it as a whole, Patema Inverted is an impressive and imaginative production with its utilisation of the up and down perspectives creating a tale full of emotion and vigour, only really falling down when it comes to the bad guys. If you’re patient and have a steady head it comes off very rewarding indeed.

Extras vary by edition. The disc (BD or DVD) features UK and Japanese trailers, an audio commentary, interviews with the director and cast, footage of the premiere at the Tokyo International Film Festival, and alternative scenes that take the film all from Patema’s perspective. The Ultimate Edition also features a soundtrack CD, a 164 page design works artbook, and a replica of Lagos’ letter from the film; all packaged in a firm cardboard digipak and collector’s box. Sadly the outer sleeve on the Ultimate Edition contains some errors for the first print; and the disc holders are slightly awkward to handle and carry a risk of damaging the discs.