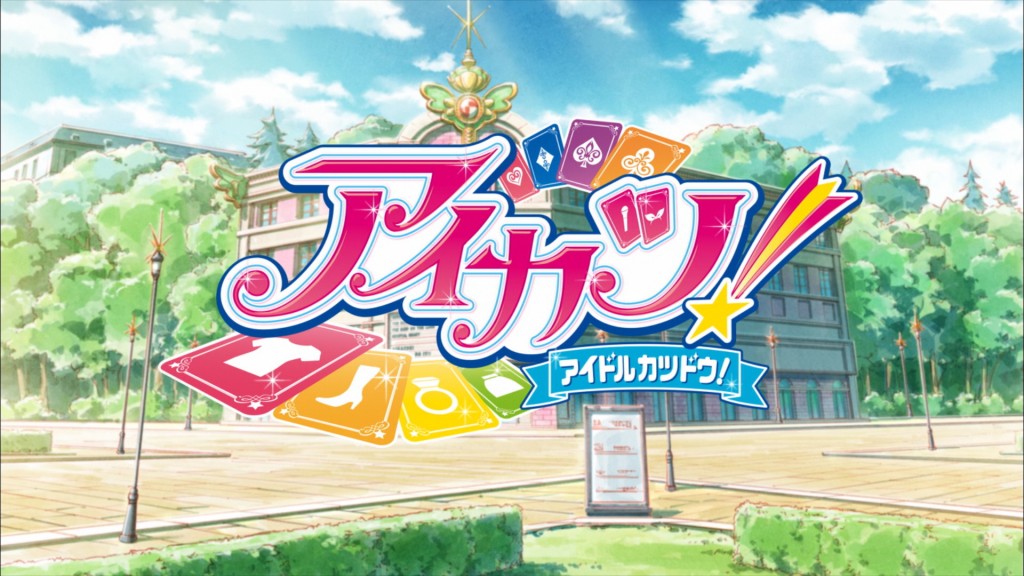 Since Aikatsu! launched in 2012, the girls’ game and anime franchise has output a wide variety of music from its STAR☆ANIS and AIKATSU☆STARS! groups. In this top 10, we take you through our favourite tracks from the series, picking out the best of what Aikatsu! has to offer.

Kira・pata・shining was indeed something different when it first appeared as the main image song for Bohemian beauty Kazesawa Sora. Composed by PandaBoY and with lyrics by Natsumi Tadano; this track has a striking Arabian motif that’s made out to be glamorous and exotic. Sunao’s vocal style works really well with the backing vocal evokes images of a pre-modern middle east. Such a style is a great departure from the typical cute idol pop, and breaking those boundaries is something that Aikatsu! surprises with.

Aikatsu!’s self-made brand of gothic pop continues to be a fan highlight with this track taken from the anime’s third season. Keyboard notes twirl and spiral into a deep fantasy, with an atmosphere created by a haunting digital chorus bridged by heavy drum beats. It’s a haunting, emotional and admittedly catchy piece that invites you to sing along in its current. A very magical experience indeed.

Glass Doll was the first gothic themed track for Aikatsu! and is probably the closest to gothic rock that they get. It’s a very dark and mysterious track, with strings delicately balanced against heavier guitars and a rock style drumbeat. Moe’s softer, deeper voice is a nice fit; while she’s no Tarja or Sharon del Adel she manages well with holding the notes to give the track a very horror-film like feel. While the later gothic tracks would deviate and be more pop and electronic, this is the one you can always come back to for some blood-sucking pleasure.

You’ll find in children’s animation worldwide that the majority have a distinct theme that somehow incorporates the title of whatever the show is. This track is the core theme of Aikatsu! as a whole, and while the anime having some very good opening themes, アイドル活動! is the one that always sticks in the mind, despite it being an insert song rather than an opening. It’s the very embodiment of the franchise that’s just hopping fun; saying that by partaking in idol activities you’ll explore a world of wonder, meeting friends, gaining rivals, experiencing failure and success – but most of all, always give it your all.

Imagine your favourite summer holiday – whether that’s hitting the beach or going on an adventure or heading to town. Egao no Suncatcher is all that and then some. Mizuki and Mikuru’s debut track as WM is a real breath of fresh air with its poppy, summery beats that are guaranteed to put a smile on your face. Risuko has the most mature sounding voice among STAR☆ANIS, and is often the most shouty and uncultured, but her recorded performance here is pretty decent, and balanced well enough to bring Mona’s smoother voice into the foreground. You can’t help thinking that they are enjoying this, as it’s all very warm and playful. Just like a bright summer’s day.

The successor to Glass Doll drops the guitars and goes deep with a heavy hitting electronic bassline to create very aggressive, wondrous gothic dance pop. It may sound like a frightful proposition to gothic rock purists, but it works so well it’s a surprise that you can’t really find this kind of fusion in western music – outside of Japan the idea of “gothic pop” doesn’t really seem to be a thing. There’s certainly not much of any ‘real’ instruments in here, relying mostly on synth sounds and synth organs, backed by some harsh strings and light piano, but it still unmistakably achieves a gothic sound. It even tries inserting some wubs for good measure. Remi fronts this track as the singing voice of Yurika, replacing Moe after her graduation, and takes a decent stab at doing a darker tone for the gothic vibe, showing a marked difference from her work as the singing voice of Otome. It’s impressive in how certain members can change their voices to match the different characters. Overall though, this one sits in fifth spot for the influence it continues to exert over the continuing direction of the gothic tracks.

Take Me Higher is a surprising gem amongst many of the tracks featured in Aikatsu!. It sets together the more mature voices for a very different sound – it’s more adult and delicate; quite fragile and yet beautiful. After the assault of Eternally Flickering Flame, the musical side of Take Me Higher is less prominent, but a lot nicer to listen to, as it blends in delicately with the vocals and enhances them, giving them a concrete base. It’s mature feel and simplicity has won it praise from outside of the Aikatsu! fandom, which is something not be sniffed at. A pleasing pleasure and very deserving of fourth spot.

The gothic theme takes another place in this list, reaching its peak with this fusion of synth organs and a simple but effective dance beat. It’s probably the furthest away from what Glass Doll was, but this is Aikatsu! at its most mystical, as the girls from AIKATSU☆STARS! spin a delicate tale of a girl looking to the stars and dreaming she is a beautiful ballerina. The lyrics are very heartfelt and sung beautifully, becoming perhaps Mona’s signature piece for Sumire. This also roughly marks the beginning of a greater depth of performance, with the dance for this track being an absolute delight to watch. It’s hard to imagine this side of Aikatsu! getting better than this; but it sets things in good stead for the future and there’s a lot of ways they can go from here.

It’s very difficult to describe SHINING LINE* in a way that truly does it justice. It’s a celebration of everything that Aikatsu! stands for and everything it will ever be. This is one of the most popular tracks from the series and has seen a variety of different versions produced, from the original opening version to the full All Stars version with all the members of STAR☆ANIS, and it’s not hard to see why. It has a good energy, but it is full of emotion which drags you ragged from one verse to the next. The track itself is a fairly simple pop song with a decent melody; but it is what it means that counts, and it will certainly hold dear the memories of many Aikatsu! fans for years to come.

Our number one spot goes to KIRA☆Power, just beating out SHINING LINE*. While both are really emotional tracks, both offer something different. While SHINING LINE* stirs the heart, KIRA☆Power is just a stream of happiness and boundless energy. It’s light and upbeat melody just bounds along, while Waka, Fuuri and Sunao really give it their all. The producers at Bandai Namco tend to favour Diamond Happy for the trio who represent Ichigo, Aoi and Ran of Soleil, which while fits more with the story is very much outshone by this which in our opinion is their stand-out track. They get extremely close to reproducing the character voices, which is certainly impressive, but also highlights similarities of putting on a performance in what is admittedly the lower end of the idol world against voice acting. Above all, KIRA☆Power is simply a joy to listen to and is arguably Aikatsu! music at its best.