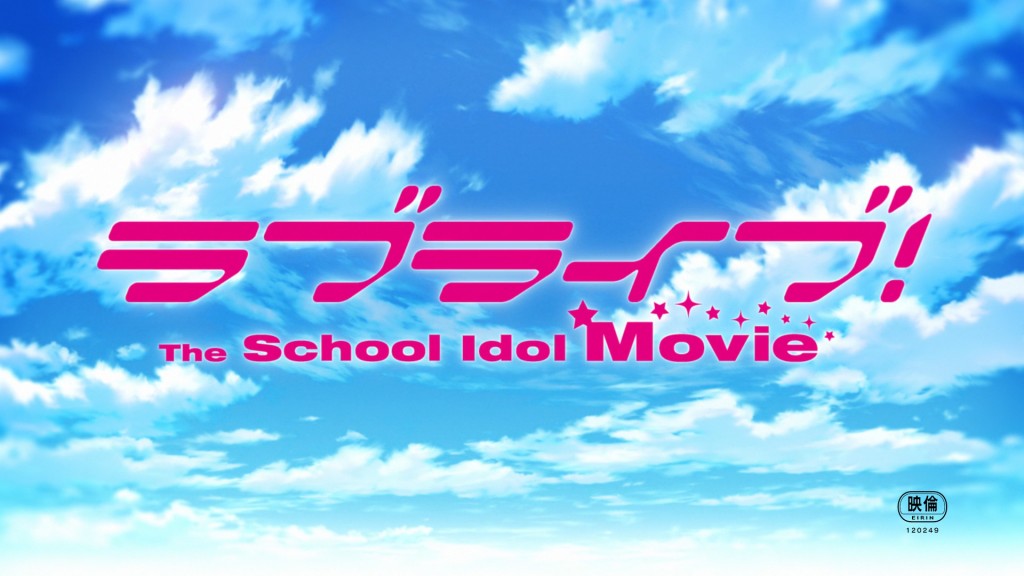 What do you do when you have a concluded series that you want to make more money from? One of the easiest options is to make a movie out of it – and so after the neat tie-up at the end of Love Live!’s second season, we get this unnecessary epilogue to round off the arc of μ’s before Aqours hits our screens in Love Live! Sunshine in summer 2016. 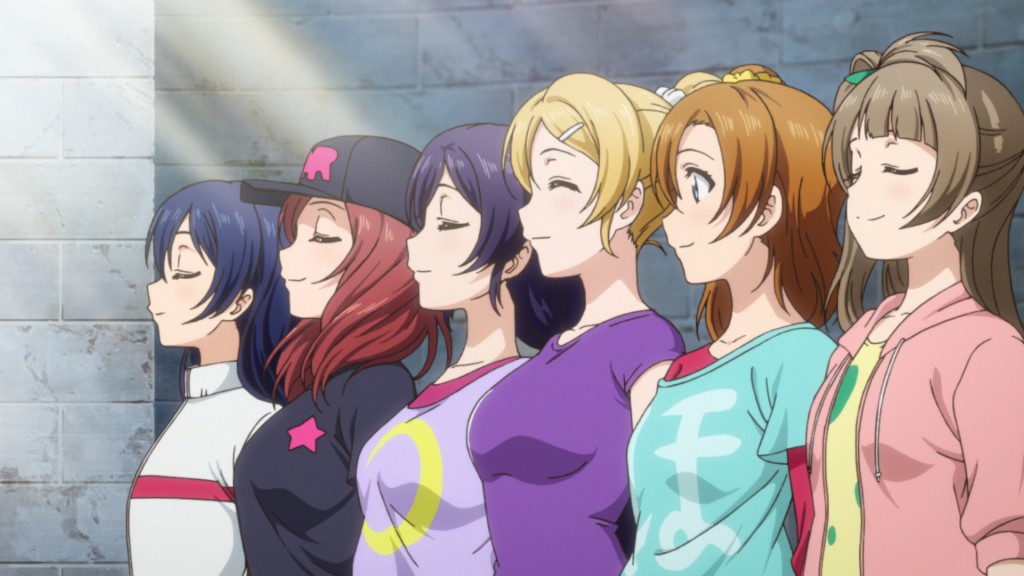 It has already been decided that μ’s will break up when the third years Nozomi, Eli and Nico graduate; yet the group find themselves still in high demand. As the winners of the previous Love Live the group gets pulled into the organisation of the next event, due to be held at the Akiba Dome, which is going to require some heavy promotion to bring in the audience and build on Love Live’s popularity. With most of Japan knowing about the event, the next logical step is to take it overseas, so the girls of μ’s are sent off to New York City to make idols go global.

It’s not hard to feel the vibes of the K-On! Movie rubbing off here, with the girls setting off to a foreign country on a musical adventure. Despite the similarities, Love Live! is a different fish that lacks the focus and attention to make New York feel as alive as London in K-On!. The trip to the US is a means to a goal that just takes up the first third of the movie and suffers in atmosphere and depth as a result. While we get obvious landmarks like the Statue of Liberty and Central Park the rest of New York just feels like a generic western city, with dull grey skyscrapers backdropping strangely empty streets. It doesn’t feel like any of the production staff went out there to scout locations and just copied from images found on the internet, which is disappointing for the swan song of a franchise this popular. 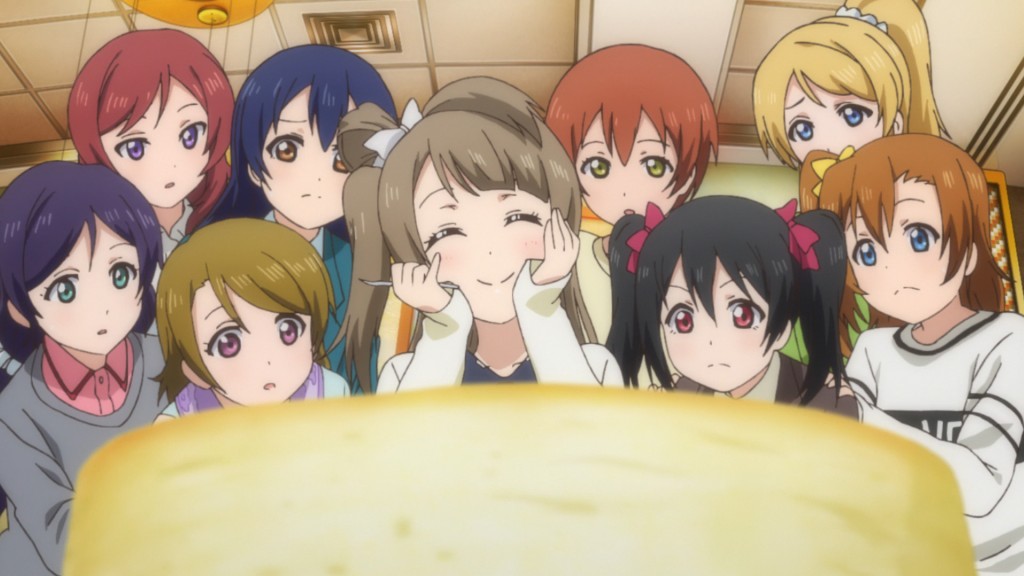 Despite this lack of visual detail, they seem to find inspiration in other elements of western culture, putting the movie to the format of a musical; a novel idea that just doesn’t quite work. For a musical to work properly you need good transitions between the acting and the singing; Love Live! tries, but most of the time ends up being too spontaneous, just cutting to a song without much explanation. A scene where the group comes out of a restaurant but is faced with rain is the one that works best, which sees Rin jump out into the downpour; but later what was supposed to be the key US performance just jumps out of nowhere, like they had to cut out a few scenes for either time or budget.

The performances themselves are a mixed bag, coming off as either well executed or badly timed, with CG animation that looks no better, if not worse than the TV series. Movement often looks unnatural and jerky, while the character models have a plastic, artificial feel to them. For what should have been a production on an increased budget this poor quality feels like a missed opportunity, especially when Bandai Namco’s other idol franchise outsources its CG to the ever-improving Samurai Pictures. The choice of stage backdrops can sometimes be nonsensical too, with the pivotal performance in New York taking place in the middle of a highway – hardly the place to go watch an idol concert. The 2D animation fares better with it occasionally rising above the TV series, but still feels lacking for a big screen production. 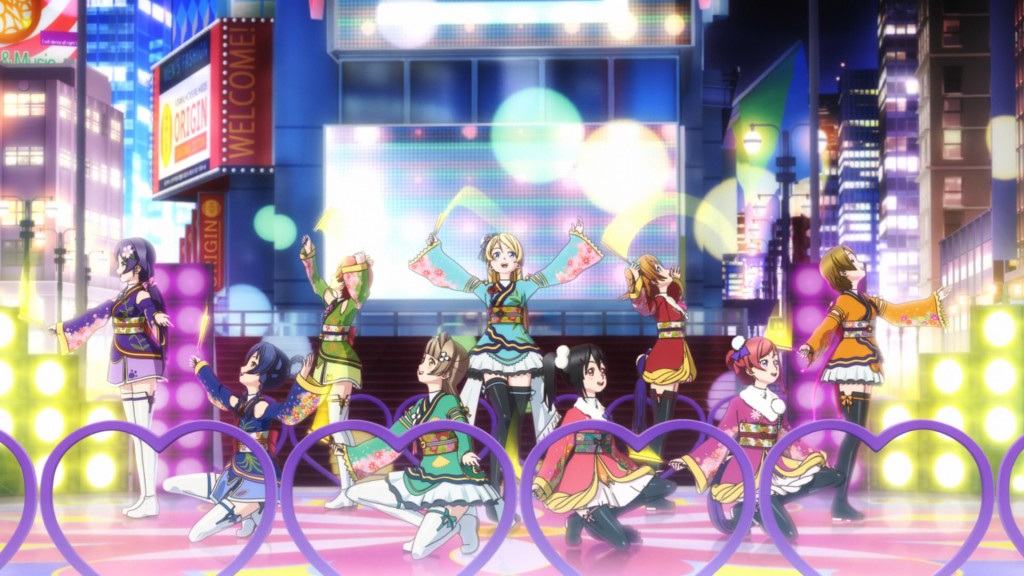 For the most part the narrative is enjoyable to follow, even if it is mainly a re-tread of the questions asked in the second season of the TV series. It’s fun to watch the girls explore a foreign city and get into all kinds of mishaps like turning up to the wrong hotel, getting on the wrong train or handling the language barrier. It also does a good job of balancing all of these out between the cast, making sure that no fan-favourite is ignored. In that sense it is impressive in how engaged Sunrise are in the fanbase as they constantly tick off things that have made the Love Live! community what it is. Sadly a lot of these in-jokes fall flat for those who aren’t devoted followers, meaning some well-placed gags will have some viewers shrugging in bemusement and struggling to get into the film overall – this is definitely not something for newcomers.

On returning to Japan, the girls are shocked by their boost in popularity, which once again brings into question whether they should continue as a group after the graduation of the third years. This middle third of the movie hits a bit of a lull as the group re-affirm their decision for the future. While for most it is an easy choice, Honoka is still filled with regret and spends a lot more time than necessary trying to figure herself out. 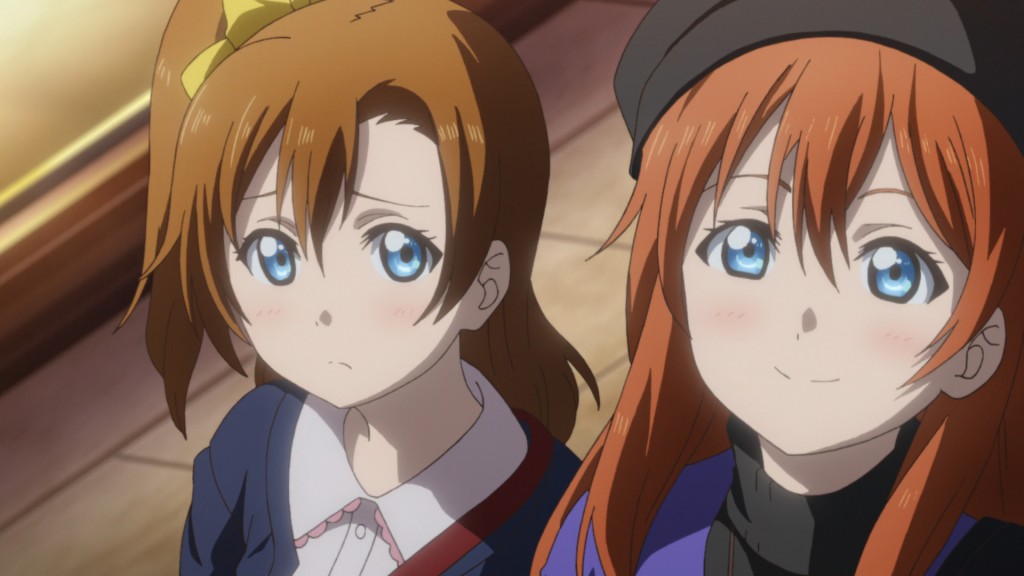 This is where it gets a bit messy. Back in New York, Honoka meets a certain woman busking on a street corner who gives her encouragement to find her own feet and take the next steps. That scene alone should dismiss Honoka’s indecision, but back in Japan we are faced with the status quo until the mysterious woman appears once again to jolt Honoka to her senses. While this time it does work, how the sequence is executed turns this story arc into confusing nonsense. To even a casual viewer it is pretty obvious who the woman is meant to be and where this is going, but given Love Live!’s world and setting it does not make sense. Considering how this was shaping up to be a nice conclusion to Honoka’s character development, it’s certainly a disappointment to see them going off in such a weird direction.

Once this is out of the way the rest of the movie follows the style of the TV series as we get a last hurrah in Akihabara. In contrast to the opening this latter third feels a lot more confident in its home territory, with everything having a lot more brightness and energy. This section features the vocal version of the movie’s main theme ‘Sunny Day Song’, which can be a surprisingly good earworm! Having several of the movie’s songs blasting out of every arcade in Tokyo is an impressive feat and its clear why – each track is carefully put together to hit the franchise’s fans hard. Whether it works for you personally is a different question entirely, but it’s hard to deny the musical talent on offer from young women who are primarily voice actresses. 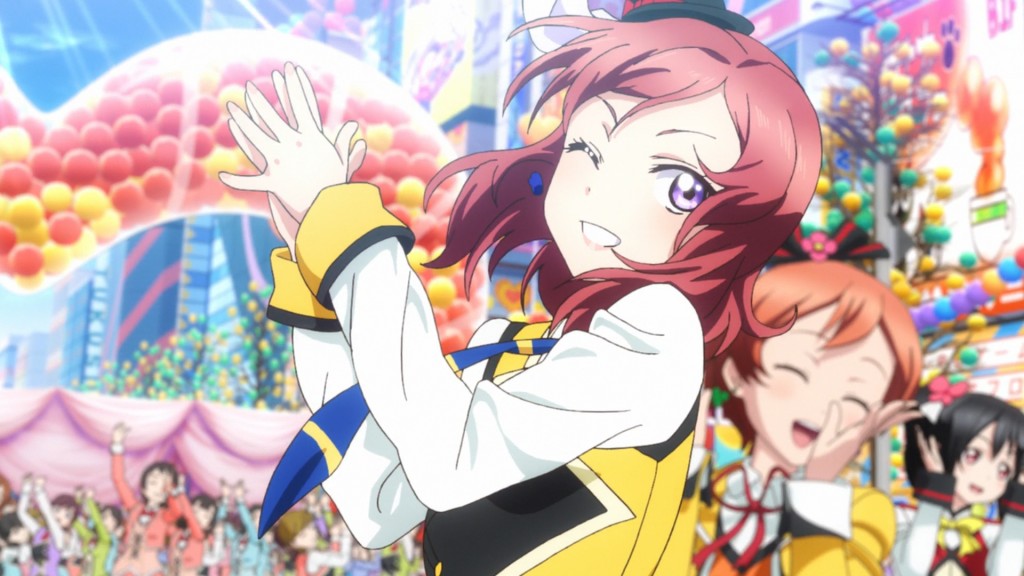 The same thing could be asked of the movie overall – whether this works for you depends on how you stand on Love Live! as a franchise. Fans will love seeing their favourite characters again and will enjoy listening to the new songs, but if you haven’t been there from the beginning and developed those emotions it’s going to be very difficult to get into what it is trying to do. While it wasn’t necessarily needed, this is a love letter to the fans that have stuck with this first phase of the franchise from its initial vote in a manga magazine all the way through to anime, manga and mobile phone games. And in that sense Love Live! The School Idol Movie is accomplished; but is unfortunately lacking in certain areas which prevent it from standing on its own.

The Japanese limited edition sets come packaged in a lovely digipak with the main film, a disc containing footage of the 2015 μ’s Fan Meeting Tour, a bonus CD single and the μ’s Welcome Party light novel. On-disc bonus features include textless ending, trailers and TV spots. All special features are in Japanese only with no subtitles, while the movie carries English subtitles. First prints of the limited edition also included a lottery ticket for the Final Love Live concert due to be held in 2016. The standard edition is just the single movie disc and comes with all of the on-disc features.