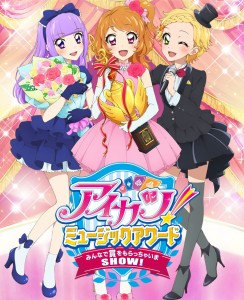 Move over all you Grammy and Brit awards, the real awards show has come to town! You’re all invited to the Budokan, where we are set for a showdown to crown the best idol performances from across the first three seasons of Aikatsu!. Grab your glow sticks, as this is going to be a wild one!

Aikatsu! Music Awards (to give it it’s shortened title) is an odd proposition for a movie, certainly for one that received a theatrical release. Season 3’s main girls Akari, Sumire and Hinaki are joined by Aikatsu! veterans Ichigo, Aoi and Ran as they present an extended one hour long showcase of some of the best tracks from the franchise that takes the format of an awards show. 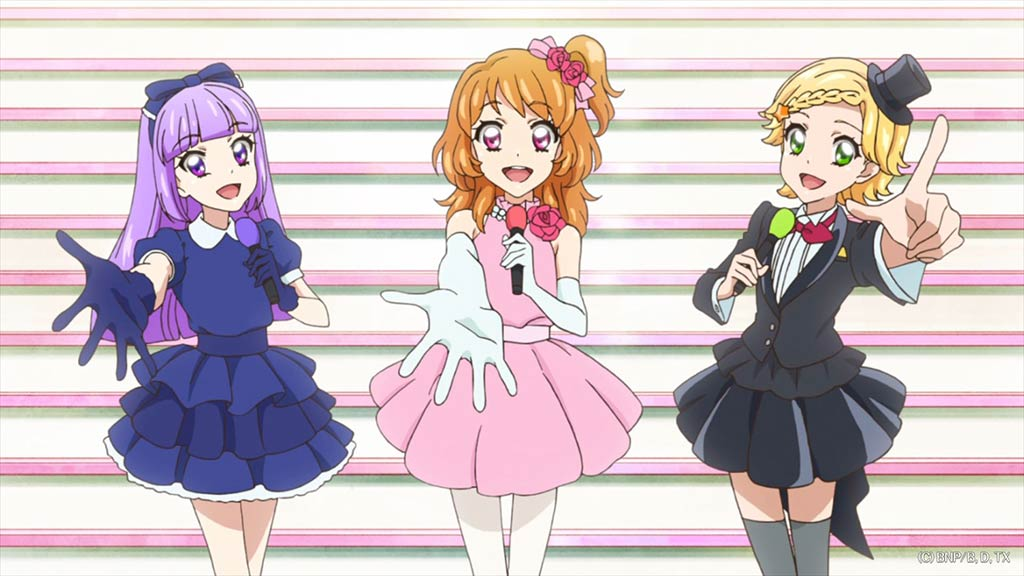 Whether this could be considered a movie or not is debatable, as it feels more like an event or an OVA double-length episode. The theatrical version certainly felt more like the former thanks to the mobile app which offered among other things an electronic glow stick, a set list which revealed itself throughout the movie, and directed infographics. The home video release, which can’t connect to the mobile app, feels more like the latter – there’s a pretty fun subplot working away in the background, but it’s overall a side project which doesn’t impact the central story of the TV anime.

And it’s that subplot that ends up being more entertaining than the music awards themselves, as our fiery actress Kurebayashi Juri attempts to run from Mt. Fuji to the Budokan before the award show finishes. In real life that would be impossible – it takes a good couple of hours to complete the trip by car never mind on foot – but never say never in Aikatsu!, the anime where a 13/14 year old girl climbed a sheer cliff to get an outfit. There’s so much potential with this that it could have served as an episode of the TV anime on its own, but presented here it adds a lot to the overall experience which is light on actual content in the awards sections. 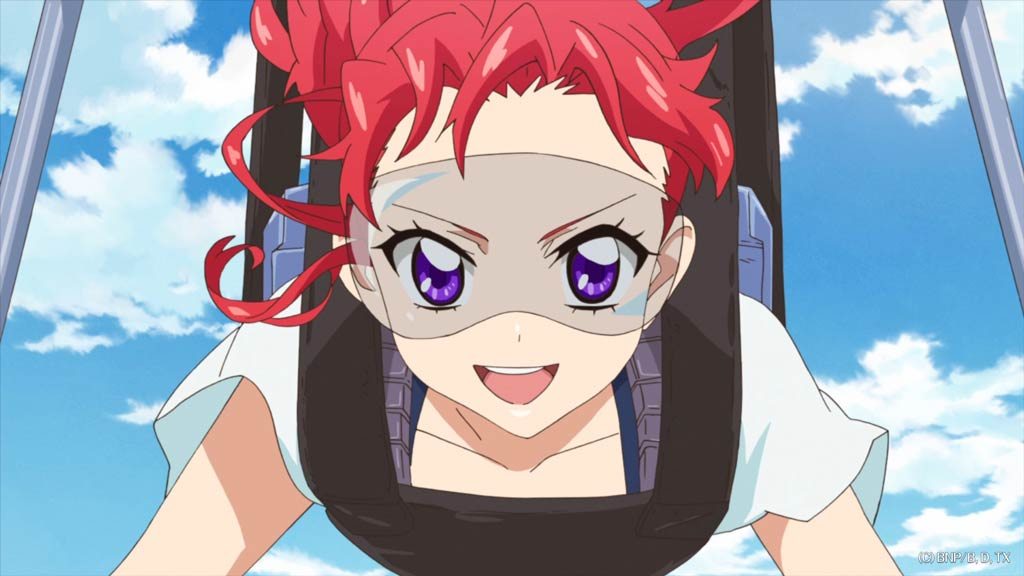 If you’re into the music from Aikatsu! the awards are delightfully presented to give you definitive versions of the performances. A lot of the tracks have been remixed to fit better with their respective stage types; for example Poppin’ Bubbles takes place on an underwater stage, and the music has had a filter applied to make it sound like you are listening to it underwater. After listening to the version on the CD release it can sound a little strange at times as you notice little changes like this, but it adds to the experience rather than spoiling it, as you rediscover tracks in new ways.

Visually the movie offers a showcase of the best talent over at Samurai Pictures, who handle the show’s 3D CGI performance sequences. These look beautiful in the full HD presentation, and the amount of depth is incredible. To cut costs many shows would not have an audience or just present them as silhouettes, but Samurai Pictures takes the time and effort to render in each audience member. They are quite abstracted, but the majority have their faces and clothes showing as they jump around to the music with their glow sticks. This is reflected in the stages too, with the mirror in Tarte Tatin showing Sumire’s moving reflection, and the balloons and beach balls flying all over the place in Egao no Suncatcher (just as they do in STAR☆ANIS’ real life performances). 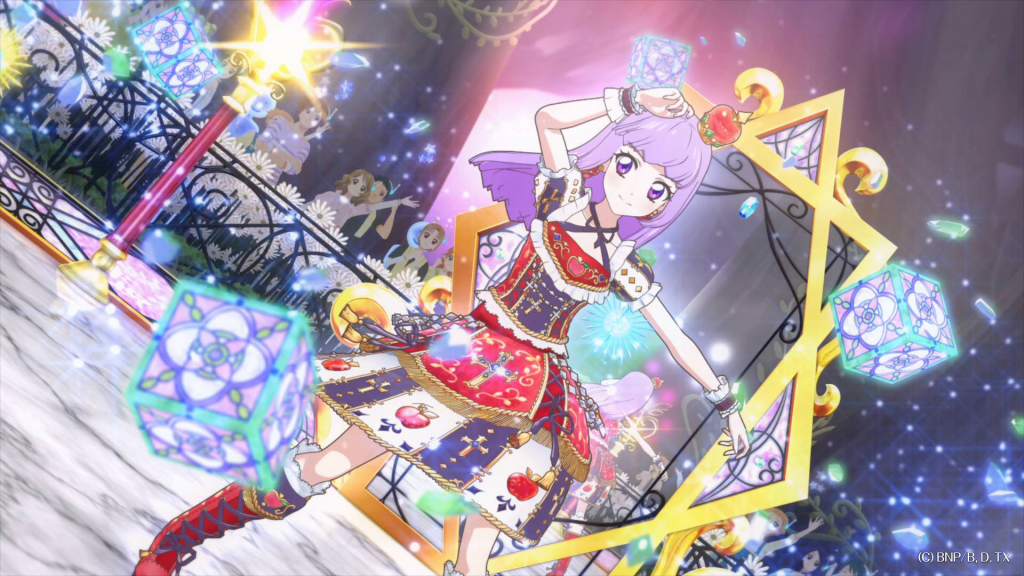 In that case is this more of a technical showcase than a movie? Perhaps, but aren’t all awards shows showcases anyway? It’s certainly a different approach that means it doesn’t fit in with what someone would class as an ‘anime movie’. It’s light on story and reels in twenty tracks one after the other before finishing with a blatant advert for the arcade game. If what you are looking for is simply more Aikatsu! then this works to produce an enjoyable piece of entertainment, but if you were expecting a full-blown adventure, then you’re going to come away disappointed.

Aikatsu! Music Award: Minna de Shou wo Moracchaima Show! is a technical piece that showcases the best of Aikatsu!’s music and 3D CGI animation. As an aside to the main TV anime that’s fine, but its light story content and the misrepresentation in its advertising as a theatrical movie work against it, creating expectations that are never fulfilled.

The movie is presented in Japanese audio with stereo and 5.1 options available. Subtitles are provided in Japanese only. On-disc extras include trailers and TV spots, along with footage of the two premiere events held in Japan. The deluxe edition comes with a bonus 30 minute audio drama CD and a slipcase for the Amaray box featuring artwork of the two main idol units Luminas and Soleil. All first print editions come with a 2D set of the Aikatsu! cards given out at theatrical screenings (which were 3D holographic prints); and all editions come with a printed set list leaflet.