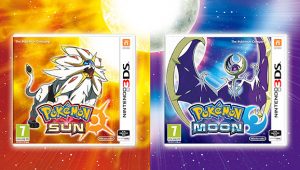 Alola! Welcome to the world of Pokémon: a world filled with creatures that we catch and train to battle others and become the very best that ever was. In Pokémon Sun and Moon we set out to do just what fans of the series have been doing for over 20 years now – but all’s not the same in this newest iteration, where things have been shaken up considerably.

The main quest this time around is not to conquer 8 Pokémon gyms and challenge the Pokémon League; but to complete the Island Challenge, a set of varied quests that will take you across the four islands of the Alola region that immerse you more than any other Pokémon game that has come before. Each island has a number of Trials; challenges centred on a certain mechanic or puzzle. For example one trial takes you through the changes to the fishing mechanic, which can now strangely only be performed at certain special rocks in the water, while another has you hunting for ingredients to attract the trial’s boss wild Pokémon. Each trial has one of these bosses, known as Totem Pokémon, and offer a different challenge than gyms of old. If you’re not grinding massively in between each trial, these fights offer a genuine challenge in which you have to think strategically rather than just blast it with super effective moves. It’s all about taking a nature-focussed approach to the design of the game, and I find that it works very well in engaging you with the world and highlighting the unique traits of each Pokémon. 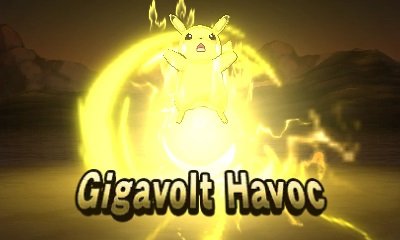 Instead of a gym badge, beating a trial rewards you with a Z-Crystal, an item that can be given to a Pokémon to unlock the new set of screen-filling Z-Moves. While very similar to finishing moves in a fighting game, they are designed to give you more tactical options and ways to get out of a pinch rather than being massive instant-KO attacks. They do pack a punch, but are balanced well enough to give you the advantage when you most need it rather than being able to one-shot everything in the game. As quite a few Mega Evolutions from the previous generation of games felt more like the latter, this feels like they’ve looked at that concept and really considered how to make it more balanced and open.

While the Island Challenge is a core focus of the game, that hasn’t stopped Game Freak from continuing the focus on giving Pokémon games a rich story – and I have to say this may be one of the best in the series, and greatly refines what they attempted with Black & White. Instead of focussing on a plot for global domination, Sun & Moon focusses in on a small group of very endearing characters who are tied together in unexpected ways. This tighter focus gives more scope to develop the characters throughout the story, and several undergo huge transformations. It feels at home with the game’s scale and makes the region feel very alive. 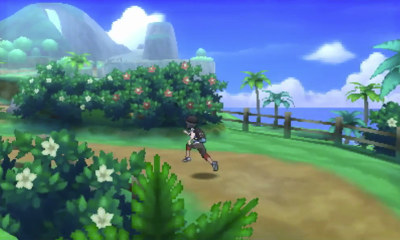 The difference in presentation is clear right from the off

The overall presentation goes towards that as well with environments being bright and detailed, with a deep soundscape filled with rustling, chirping and other sound effects that heighten the sense of immersion. It’s disappointing however that these environments don’t vary much and there doesn’t feel as much to the Alola region when compared to previous games. There has been a trend of dumbing down the map since Black & White, and while the new 8-way freedom of movement allows routes to be bigger, a lot more could have been done to reflect the real world setting of Hawaii. Water routes are almost completely absent, which is odd for a game based on a set of islands, and a lot of the game is following green or brown paths to the next destination. It’s not quite as linear as X & Y and does feel more of a natural traversal, but it doesn’t have that classic appeal of Kanto, Johto or Hoenn.

When you look at Pokémon encounters throughout the game you also see some weird decisions, mainly involving the rarity of a lot of the new Pokémon. For the vast majority of the game you’ll be encountering hordes of Rattatta/Raticate and Yungoos/Gumshoos while every once in a while stumbling across something else. A lot of Pokémon now have either a 1% appearance rate or can only be found through the new SOS battle mechanic, making hunting for new critters to add to your team a frustrating experience.

SOS battles, where a wild Pokémon can call in another wild Pokémon to battle alongside it make up a large part of this frustration; forcing you to slowly cycle through many of the same species until you suddenly get the one you want. For competitive players it is an interesting alternative to horde battles in making training easier, but the way it is forced on all players as the main way to battle wild Pokémon is restrictive and time consuming. Considering there is an item that makes SOS battles more likely, it feels like this should have been an optional feature. 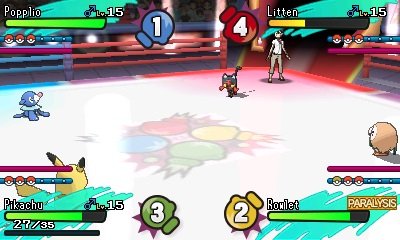 Another new battle option in Sun & Moon is the Battle Royal, a free for all 4 player trainer battle where you can target any Pokémon in the arena. They’re a fun concept that makes you alter your tactics in surprising ways and gives you another way to play the game. It’s designed as a multiplayer mode but it does get mentioned a lot in the main story, despite it not being a major thing.

This mode however is where the game’s performance issues stand out the strongest, as the 3DS gets pushed passed the limit of what the hardware can handle. Whether down to lack of optimisation or simply a lack of console power, this is the most intensive Pokémon game ever made and it really shows with frequent frame rate drops and slowdown. This was also a slight issue in X & Y, but it has become worse in Sun & Moon as they push the graphical boat out. If Game Freak needed an argument for moving mainline games to the Switch, this would be number one on the list.

For those who enjoy multiplayer battles, all of the standard options from the previous generation return, with online battles, official competitions and the GTS trading system. What’s different is how you access them, with Sun & Moon introducing Festival Plaza – a separate area in the game that acts as a hub for the multiplayer options.

This area presents you with a circular plaza that you can fill with stalls that offer different functions, from altering clothing colours with dye, changing your Pokémon’s stats or raising their happiness. While online, other players will appear in your plaza and you’ll be able to interact with them and play mini-games to earn points. These points, which can also be obtained through the distributed global challenges, can be used to level up your plaza, giving you more stalls to choose from. While the plaza gives you alternative ways to do things that are elsewhere in the game, there doesn’t feel much point to it and acts as more of a barrier to get to the multiplayer part of the game more than anything else. 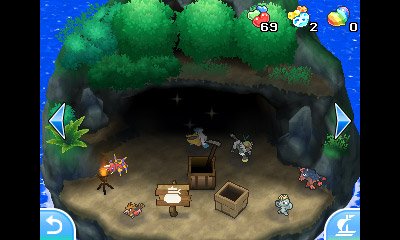 While Festival Plaza is one of the most unneeded additions, Poké Pelago is one of the best – sat outside of the main game, this mode presents you with a set of mini islands in the old pixel art style which perform a bunch of useful functions like growing berries, hatching eggs and collecting rare items like evolution stones. It’s the last of these that is the most useful, as it reduces the reliance on using a friend or another game to obtain many of the Pokémon that evolve using these stones, which you had to do in previous games as there were less stones available than there were Pokémon that used them. Each function takes a certain amount of time to complete, so it’s not instantaneous; but if you continually use Poké Pelago as you progress through the main story, you’ll have a ton of berries and items by the time you reach the post-game. 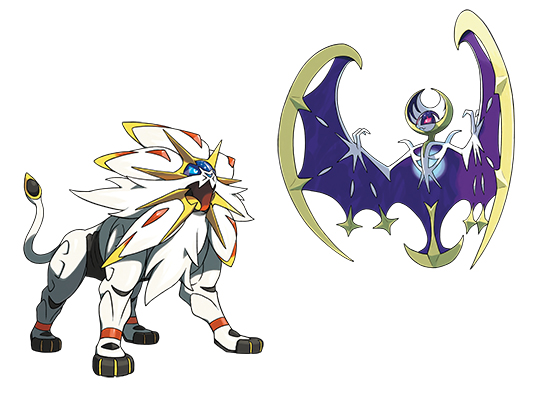 And by that time you would have seen a lot of what Sun & Moon have to offer, but there is certainly more post-game content than X & Y. It’s not quite to the same level as Omega Ruby & Alpha Sapphire, but it is at least giving players more than just filling out the Pokédex. On that note, veteran players may be baffled by the omission of a full Pokédex of all 802 critters this time round, as that functionality has been drafted off into the companion app Pokémon Bank. The functionality Bank offers, storing your Pokémon in the cloud and having a Pokédex that works across all games make sense, but should fundamentally be integrated into the game somehow, as switching back and forth between the game and the app is awkward and inconvenient.

This and many of the other issues the game has point to Sun & Moon being a step forward for the series, but one that is very rough around the edges. While the story is amazing and the turn to nature is almost revolutionary, the lack of quality of life in many of the game’s features raises too many little annoyances for them to really pay off.