For anyone coming into Newcastle upon Tyne who is interested in Japanese culture, you’ll be pleasantly surprised at the strong base the city has in manga, anime, merchandise and food. Read on as we take you around the city in this Japanese culture trail.

Location: From Central Station, cross the road to the side with Greggs and the County Hotel. Turn left around the side of the hotel and continue up the left hand side of Grainger Street. Look for the orange shop sign with a blue foot. 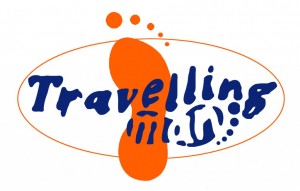 Travelling Man is a store similar to the more well-known Forbidden Planet, selling a range of western comics, traditional RPGs, card games, and most importantly: manga. There’s a huge range that covers everything from the latest franchises to popular classics. Most of the manga on the shelves isn’t plastic wrapped, apart from the more adult titles; however they are in great condition. There’s also a small collection of Japanese magazines, typically Hobby Japan and The Gothic & Lolita Bible, as well as a selection of art books and non-fiction. The shop’s staff are very friendly and can be up for a chat when not busy, and are generally on-hand if you want to order something in. This is generally one of the finest places to stop by, even just for window shopping and eliminates the need to go to Waterstones, where the manga selection is generally poor, old and abused.

Location: Six shop units up the road from Travelling Man, still on the left hand side of the street.

Forbidden Planet is a geek mecca and caters to a large variety of tastes, offering a large selection of western comics, traditional RPGs and card games, books and extensive merchandise across most sci-fi / fantasy / television properties. While that’s the company’s main focus, they also offer a small selection of manga and a good selection of anime, which includes older titles and quite a lot of Studio Ghibli movies. Prices are rather typical and are around what you would find online. If you do want to buy your disc releases from the high street, Forbidden Planet are almost always a better choice than HMV. You’ll also find odd bits of Japanese culture merchandise, but more so for games than anime and manga properties.

Location: Continue up Grainger Street until you reach the large crossing with Greggs on the other side in front of you. Turn left here and continue straight down, passing by the Newgate Hotel and Sinners, continuing on to the front of The Gate complex. Turn left around Tiger Tiger here, down Low Friar Street until you reach the cream coloured shop front.

If its merchandise you want, Animez is the place to go. The independent store stocks figures, Gundam models, wall scrolls, plushies, key chains, wristbands and even the odd dakimakura. The store’s owner, Wing, is extremely friendly and offers a good chat, as well as taking on board customer’s suggestions for items to bring in. It’s the personal touch that counts, which is proved by the fact that the store has become one of the main haunts of the various J-culture fan groups in and around Newcastle.

Location: From Animez, head back up to The Gate, turning left onto the cobbled Dispensary Lane just before it. Continue straight on to enter the main area of Chinatown.

Chinatown, surrounded by Newcastle’s old town wall contains a variety of Asian restaurants and services, as well as the Wing Hong Supermarket. Some restaurants also double up as karaoke bars, such as Red Diner, but expect to pay a large premium for an authentic experience.

In the south west public space past the wall you’ll find two teppanyaki restaurants: Hanahana and Fujiyama. While I have not been to Fujiyama, Hanahana is a fine restaurant, although it can be a little expensive. The food is excellent quality, and teppanyaki courses give you the taste of the performing chefs as they slice and dice in front of you. You’ll also have the chance to catch eggs in a hat on your head, which can produce some hilarious results! Great for larger groups of people, Hanahana is highly recommended.

Note that unless you’re going to a buffet-style restaurant, booking ahead is either essential or highly recommended.

Location: From The Gate, cross over to the Debenhams side and continue up the road. It’s the Chinese supermarket just after Lau’s.

Hi You is a typical Chinese supermarket like Wing Hong, but also has its own bakery. It’s a great stop for a lunch break, and prices won’t strip you of your wallet. The main attraction however is their snack aisle, featuring biscuit snacks such as Pocky, Pretz, Pepero and Hello Panda, and sweets such as Hi-Chew. Being on the edge of the city centre makes it quick and easy to get to, and that’s good, as I guarantee you’ll be going there often!

Location: From Hi You, cross over to the left side of the road and continue forward past the intersection. Take the left cut here just next to Greggs and it’s on the right hand side.

Tea Sutra is an Asian teahouse that serves a variety of specialty teas and health food. While I’ve not been in myself, I’ve heard some good recommendations – so it’s certainly worth a look if you like tea.

Yo Sushi / St. Sushi and other Food Places

Location: From Hi You, turn right at the intersection, then cross at the crossing opposite the main entrance to Eldon Square. Continue straight down the road, turning left past Monument Mall. Continue up Northumberland Street and enter Fenwick’s department store at its furthermost entrance before Eldon Square. It’s in the food court area. 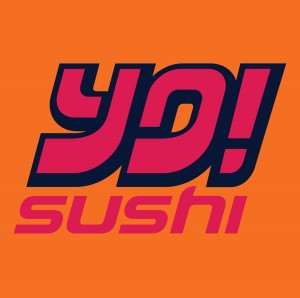 If you haven’t heard of Yo Sushi before, the company is a chain of conveyor belt style sushi restaurants, which also serve a variety of other Japanese dishes. You sit down and grab something off the conveyor belt, or you can pick up a menu and press the button on the table to order something from it. Food is served in coloured dishes, which indicate the price. While it’s all exceptionally tasty, portions are small and it’s a little expensive, but service is generally very good. For other options try St. Sushi in Eldon Square or on Westgate Road, who serve similar things, or pop into one of the variety of noodle and sushi bars that have popped up around the city centre over the past couple of years.

Location: Almost directly opposite Eldon Square and Fenwick on Northumberland Street. You can’t miss it. 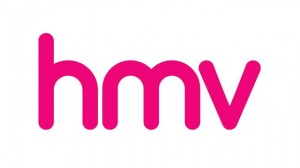 The entertainment giant is still around in Newcastle, and offers a nicely sized anime DVD section upstairs, and has recently started stocking anime Blu-ray Disc releases. Prices are rather haphazard and can vary from cheap to outrageously expensive. While a nice place to check out, I would avoid purchasing anything unless it’s cheaper than is available online.

Other Places of Interest

The Tyneside Cinema, just through the alleyway next to Grey’s Monument, occasionally shows Japanese films. In recent years it has played host to Tekken: Blood Vengeance, Wolf Children, and the Japan Foundation Touring Film Programme.

The Star and Shadow Cinema, located at Stepney Bank just east of Northumbria University, occasionally offers a Japanese film programme. Titles shown here will often be more rare and unique than those the Tyneside will pick up.

If you’re looking to meet other people with the same interests, Newcastle has four different groups and occasionally has convention events.

The Newcastle Manga and Anime Club meets occasionally in Newcastle Library on Saturday afternoons. They also run their own convention, NECon. The club is open to the general public.

For students in further and higher education, both of the city’s universities have Japanese culture related societies. At Northumbria, the Japanese Animation and Culture Society currently meets every Wednesday at 6pm in Lipman Building, Room 031. Over at Newcastle, the Anime Society is advertised as currently meeting every Monday at 6pm.

The city is set to hold the first Newcastle Convention in March 2014.

In Gateshead you’ll find Anime Attacks, a club and convention held at Gateshead Central Library; and in Sunderland you have Sunnycon, which produces a yearly major convention and some smaller local events.