Pupa is one of the latest popular manga series to come out of Japan, written by Sayaka Mogi. It tells the tale of two siblings who are infected by a deadly virus. One day, the sister of the pair, Yume, enters a park and encounters a mysterious woman who tells her to leave or watch out for the butterflies. As you would expect, the young girl ignores the woman’s advice and stays in the park, where she encounters a mysterious red butterfly and passes out. She comes to to find her brother worrying over her, but disaster strikes, as she transforms into a hideous monster. Terrified by the change, she runs off in her monster form; her brother gives chase, but she instinctively ends up eating him. This is all fine and dandy though, as he’s infected with the virus as well, which makes him immortal. 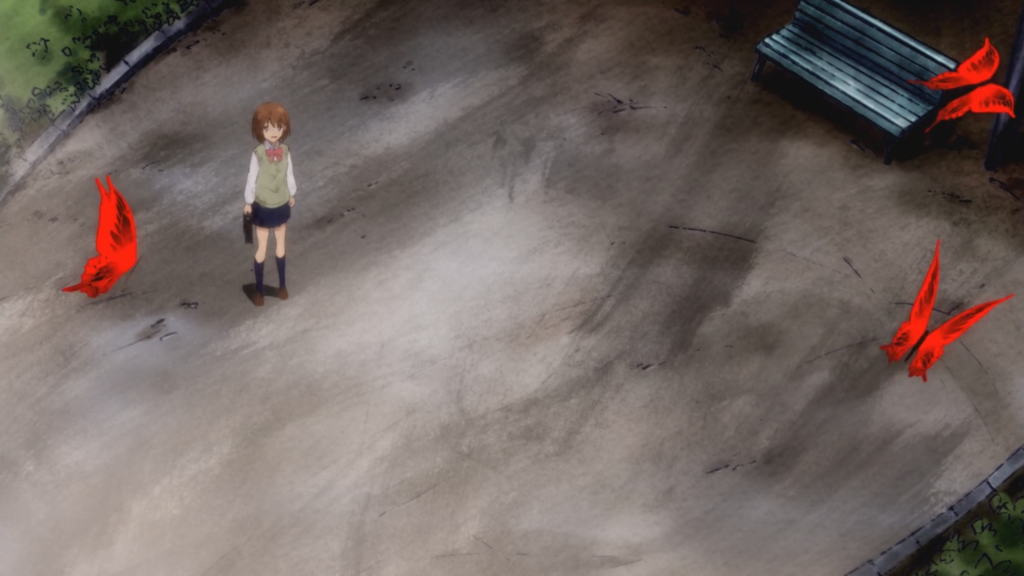 The manga was recently featured on the NHK World programme imagine-nation, and appears to be a tale of the siblings trying to live their ordinary lives while battling for survival and control over the virus.

As with all popular manga, Pupa was soon made into an anime series, and that is where things start to go wrong. You see, Pupa is a short form anime, with episodes lasting under five minutes, and telling this kind of complex story in these minute chunks simply does not work.

It actually begins fairly well, with the opening couple of episodes faithfully recreating the main infection scene, but quickly falls downhill after that. Episode three re-unites the two siblings in a particular scene where Yume gnaws on her regenerated brother in a public toilet. The issue is the rather erotic atmosphere that’s injected by the moans and groans, and is something that is continually replicated throughout the series as it portrays this bizarre form of cannibalism as a sexy and pleasurable thing. While this is a horror series, it makes it very uncomfortable to watch and difficult to enjoy. There’s also a sequence later on showing the mysterious woman from the first two episodes pregnant with some form of life infected by the pupa virus, which is just one of the many sequences that are jumped into and out of. 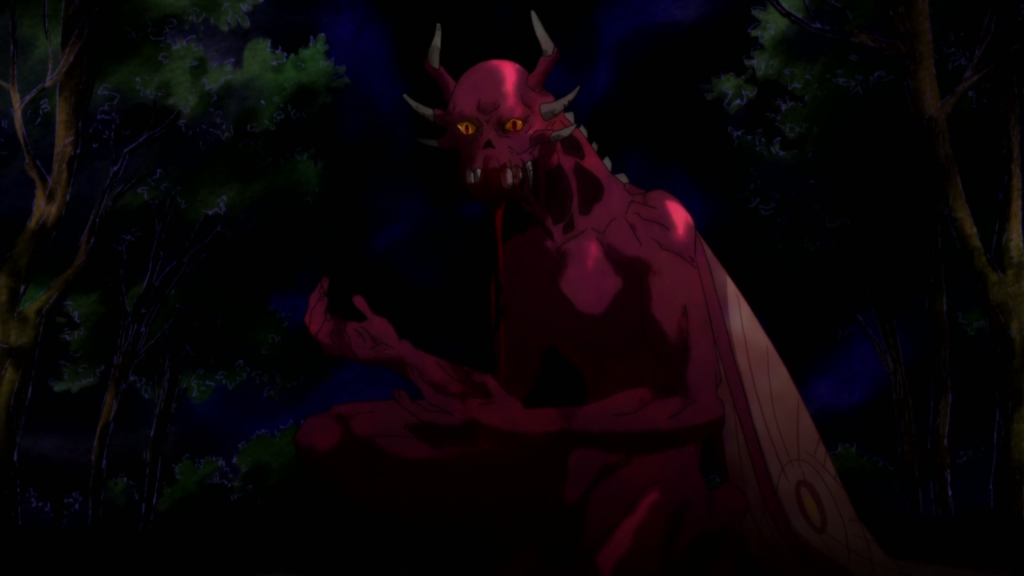 Pupa’s direction does not follow a single continuous story arc, but jumps around like this, making it extremely difficult to work out how the story and characters are progressing. We jump from the aftermath of the toilet scene to some background information about the siblings’ childhood, then to a raunchy bedroom scene then to the pregnancy scene, then… You get the idea. There’s no real flow and it just seems that they’ve cherry picked scenes out of the manga that were sexy or raised topics that could be seen as controversial and presented them in anime form to pander to the stereotypical anime fan.

And by doing this they have lost the draw of the manga’s themes of showing how the siblings try to live their ordinary lives – we only get one inkling of them still attending school in the anime, while according to imagine-nation, this is a particular focus of the manga.

As an adaptation very much backed by the manga’s creator, it continually falls dramatically short of its source material. Things may have been different if they chose to produce this in a full 25 minute format, but the short form format only allows for high impact action and quick off the mark gags; which is why it works so well for comedy series or adaptations of four-panel manga.

Ultimately, Pupa is an utter disappointment. If the story interests you, the manga is a highly recommended read, but stay well away from the animated series.