With a huge online gaming community, Massively Multiplayer Online Role Playing Games are a big business in South Korea; so much so that NCSoft commissioned a thirteen episode anime series to promote the release of their new title Blade & Soul in Japan.

Helmed by Gonzo, a studio with considerable pedigree, the initial idea behind a series influenced by an Asian-based martial arts world seemed incredibly intriguing. Blade & Soul takes the base story of the game, but builds its own tale around original characters and concepts, while leaving in some game elements as a cross-media hook. Many adaptations across all types of media tend to fall flat by trying to stick to the original, so taking an original story approach works in its favour.

The world presented in Blade & Soul is under attack from the mighty Palam Empire who use the power of the ferocious Darksiders, humans imbued with evil energy, and special flowers which substantially buff up a human when injected like a drug. After the Palam Empire slaughtered the ninja-like Clan of the Sword, Alka, the only survivor, vows revenge on their general, Jin Varrel, for murdering her people and her beloved master, Hon. 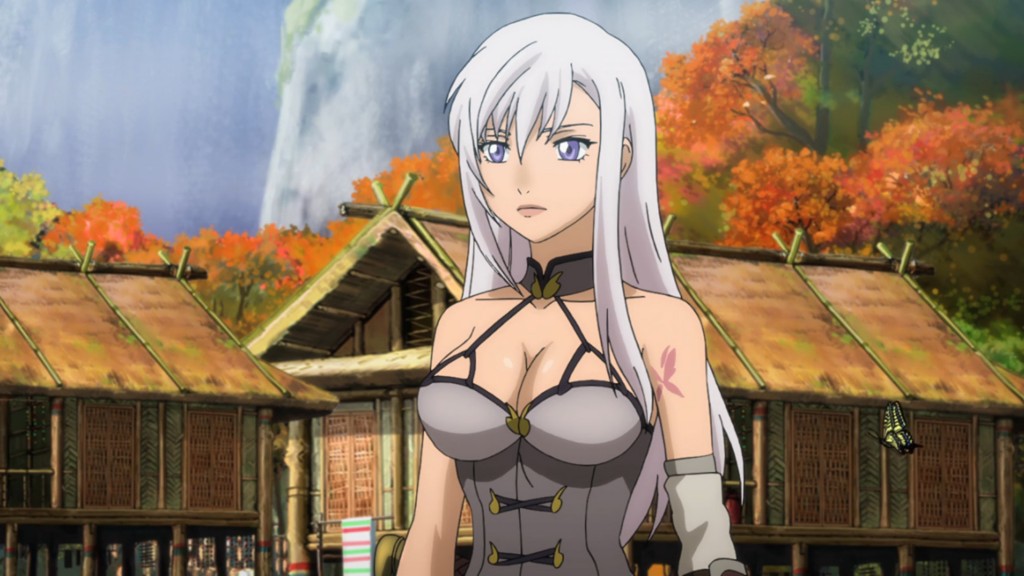 Butterflies are a central theme of the series, referring to Alka’s power to defeat evil.

Alka is an odd character to get to grips with, mostly due to the reflection upon the silent video game protagonist – she wields her twin blades with incredible skill and with some nicely choreographed attacks, but her own lack of emotion and rarity of speech fail to draw out any feelings on her plight as a viewer. This is in quite a contrast to the rest of the cast, who are a lot more memorable and animated, from the busty-but-deadly-and-devious inn owner Karen to gritty mercenary band leader Roana.

They’re all beautifully drawn on screen, but designs are taken from a distinctly male perspective; with overly large breasts, exposing costumes and an annoying use of jiggle physics within many elements of the animation. While the sexualisation can sometimes detract from the appreciation of the fights and other areas that excel, such as the bustling feeling of the towns that Alka passes through; it doesn’t have as much of an effect when compared to more unflattering fanservice shows, mainly thanks to its characters being older women rather than mid to late teen hotties. It can oddly be appreciated, but could have benefitted from a more realistic portrayal at times.

What impresses most is the work that has gone into representing the world itself. The series takes a world focus that stays throughout, as we see some impressive and beautiful locales and a vibrant display of life. It often feels more real than the character we are following, representing an array of villages, towns and environments that give the place scope and orientation. It’s an effort most appreciated, and one that flows well across the two forms of media. 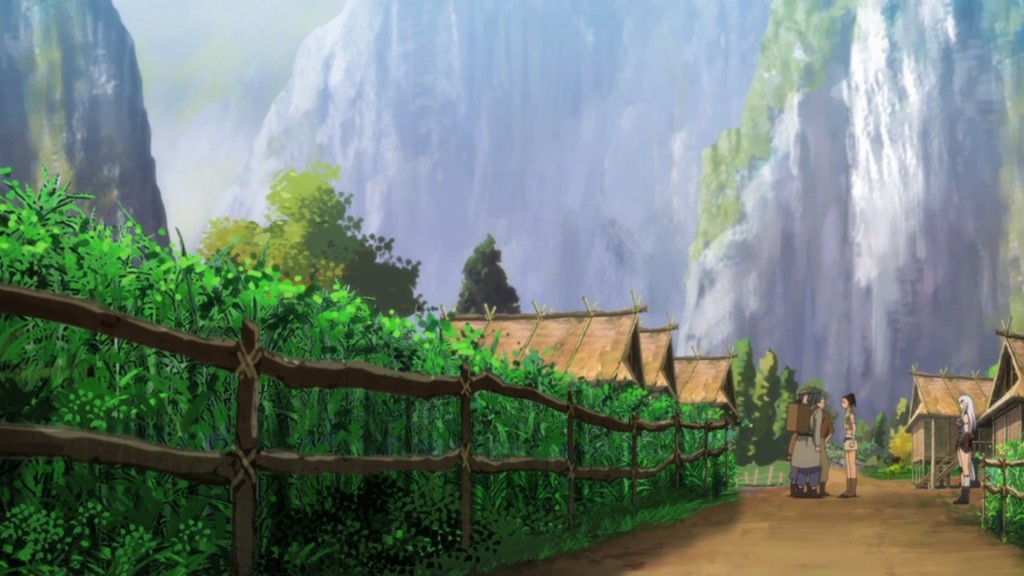 You can feel a sense of life in towns and villages.

Despite the grand backstory, the plot is often whimsical and unfocussed as Alka wanders aimlessly around, occasionally getting into plot-driving confrontations. It’s represented more in distinct arcs, each introducing its own part of the story and adding some key characters along the way. The interactions between which are an interesting draw, but there’s nothing truly high stakes until we reach the midpoint where Jin Varrel makes her true and long-awaited appearance. What follows is a tense and exciting slice of episodes, as Alka is joined by Roana’s Pleasure Gang in her battle against her nemesis. This sequence sadly feels like the show’s climax, as the story begins to falter soon afterward in terms of where you want it to go. The shadow of the Palam Empire and the other evil minions seemingly set things up for a grand final confrontation; but the directors take us in the other direction, instead breaking down Alka’s character as she falls into an identity crisis. It’s pleasing that Alka turns out as a human rather than the machine she has been up to this point, but scenes of her drifting and moping around are drawn out for too long – totally pulling out any interest in her transformation. The latter half is saved to an extent through a reveal of the true connections between Alka and Karen which reflects on the effects of Alka’s actions as an assassin, and is really poignant and touching; throwing into the air who we should actually be rooting for. This sequence culminates all too quickly into a flat “is that it?” ending, which abandons the current thread and instead goes with a repeated boss fight. Confusingly, episode thirteen is not part of the story, but acts more like a bonus OVA typically included in physical releases. It’s a comical hot springs affair with plenty of fanservice that is ultimately a throwaway gag at the end of a series of mixed feelings. 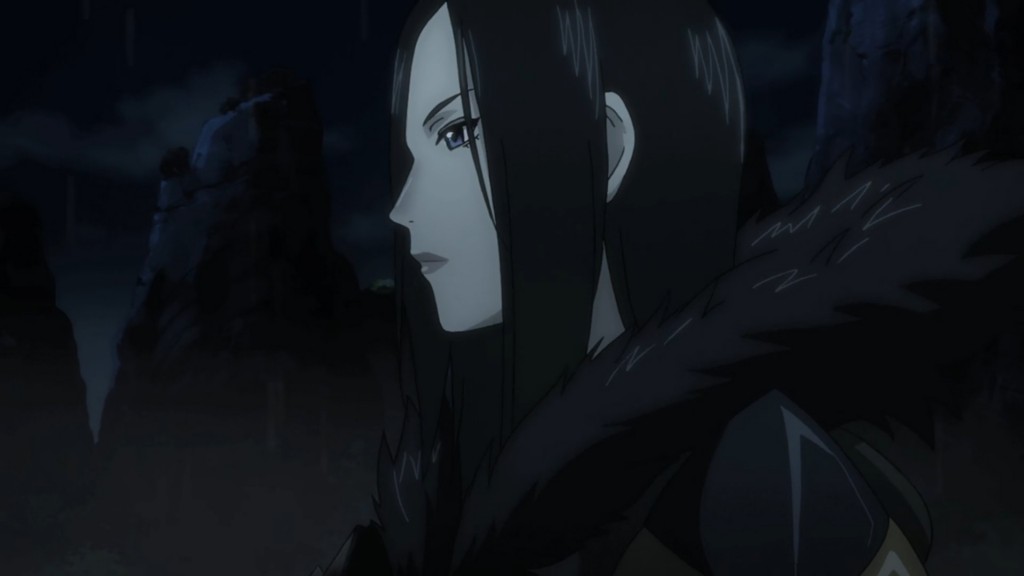 Central villain Jin Varrel looks on at a scene of battle.

Blade & Soul ultimately fails to deliver on its initial promise. What could have been a well-constructed conflict between a cast of heroes and an evil empire is instead a whimsical tale of a personal vendetta. The world of Blade & Soul is certainly interesting however, and its core world, lore and characters impress to a point at which it fulfils its purpose as an extended advertisement for the MMO. This may appeal to you if you are a fan of MMOs and want to explore the media of lesser known titles, but only deserves a quick look otherwise.