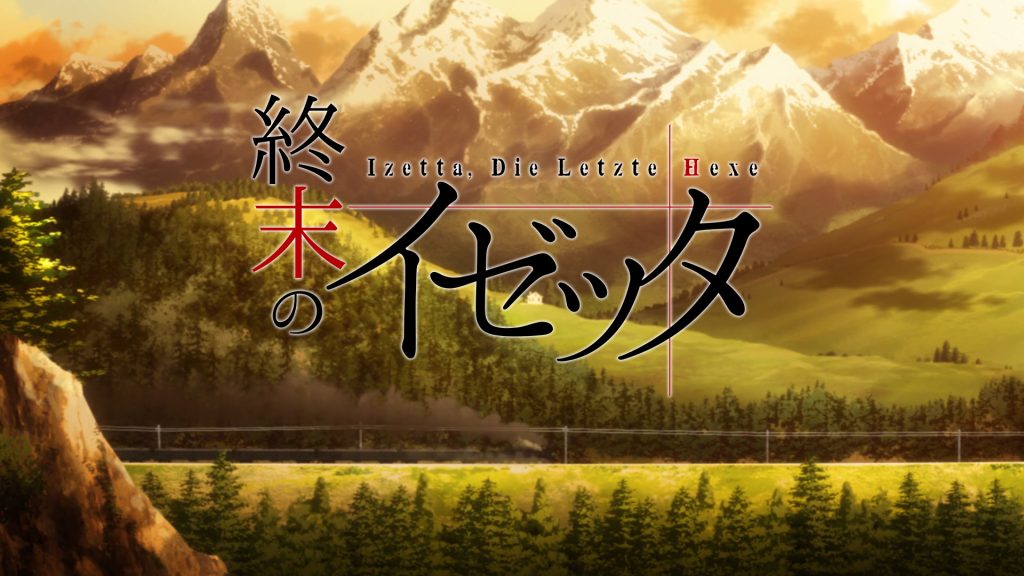 Stepping into the world of Izetta: The Last Witch may seem slightly familiar to those who have seen last year’s Maria the Virgin Witch, as they both share a similar concept in being set in a war-torn period where their goal (I assume in Izetta’s case) is to stop the fighting and restore peace between nations.

While Maria felt at home in a traditional medieval setting, Izetta opts for World War II; which makes for an interesting juxtaposition between the period’s industrial technology and war machines with something as fantastical as magic. Oddly, it doesn’t lead in with the magic and instead uses the vehicle of a wartime epic drama in order for the series to build its world and show us the current state of play. Following history but with odd name alterations, “Germania” is eating up the map of Europe and next on the list is the small alpine Principality of Elystadt. We join the region’s princess, Ortfiné Fredericka von Eylstadt, as she journeys to negotiate with a diplomat from Britannia in order to get some help to fight off the enemy. 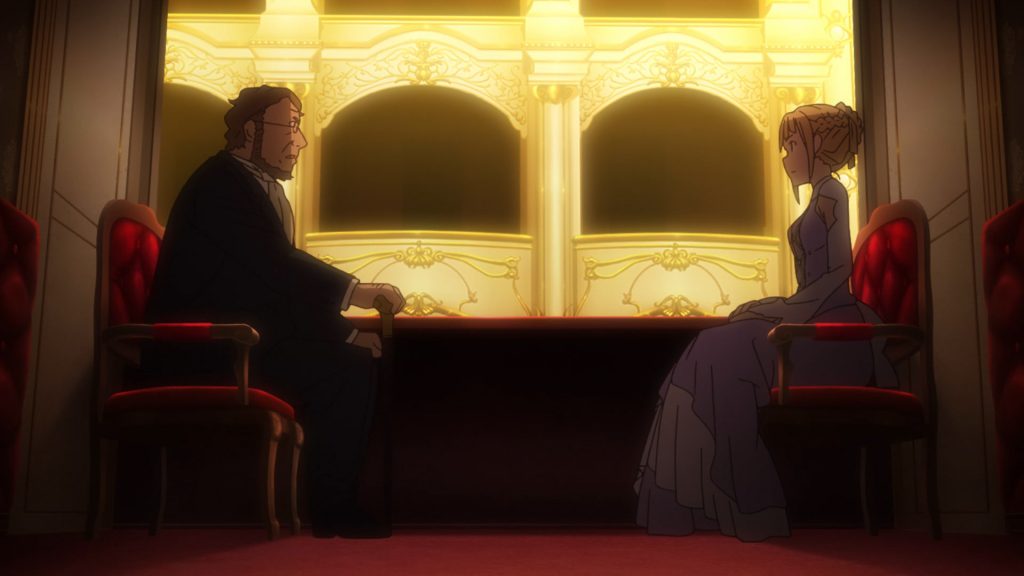 Ortfiné’s character is in a bit of weird place – she appears a strong and feisty young woman; but the trait is passed off as tomboyism, and I’m not sure whether showing her scarred body in the shower or suggesting she’d be sold into sexual slavery were really necessary or a vague attempt at highlighting the change from a patriarchal world to a one where women fight for their equality. Either way, anime just can’t get out of its old tropes and it’s all easy-come, easy-go.

Despite this first episode being heavy on the set up for the superb and Ghibli-eque meeting with the last witch herself it’s certainly not dull; even with a lot of political manoeuvring. The chase through the train reminded me of Baccano! a few times, and showed that it isn’t afraid to be brutal, with not everyone making it out alive. With it covering the entire first half of the episode it may have been stretched out a little long but it certainly grabbed my attention. 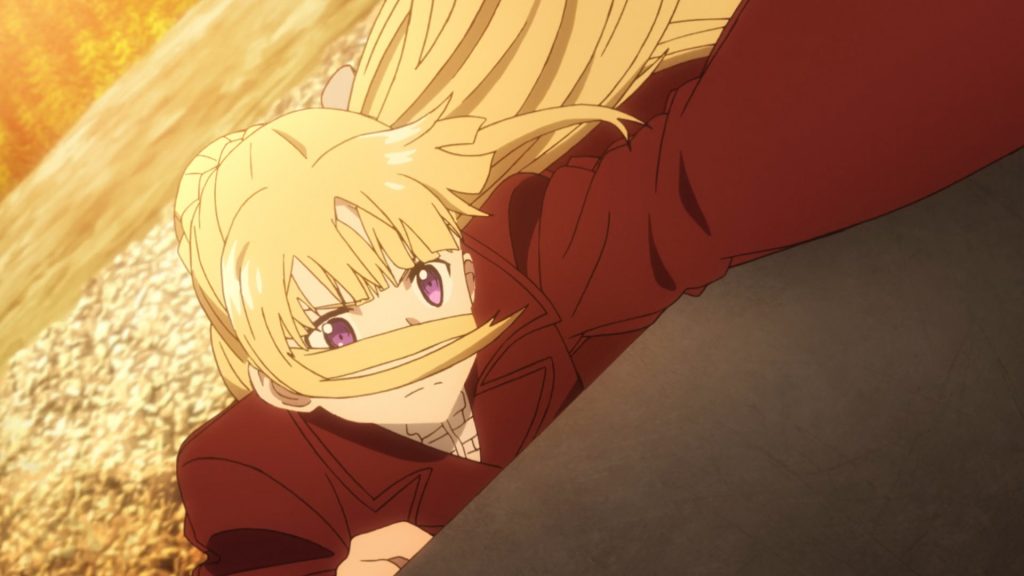 The action pieces are personally topped for me by the musical direction – there’s no better way to say “We’re doomed!” than overlaying an epic operatic piece on scenes of the Germanians sending the Eylstadtians packing. It’s not quite nightmarish, but it is very eerie and very damning. I don’t think they could carry that off again, and to be honest I think trying to repeat the same effect later might spoil it, but as someone who appreciates the effort put into soundtracks, I hope it has some class quality going forward.

It does have that already, but with a great first episode the challenge now is the show keeping its momentum as it decides what type of show it wants to be. Whether fantasy, action adventure or political drama, I’ve got the feeling we are in for a treat, and I can’t wait to see where this journey takes us.