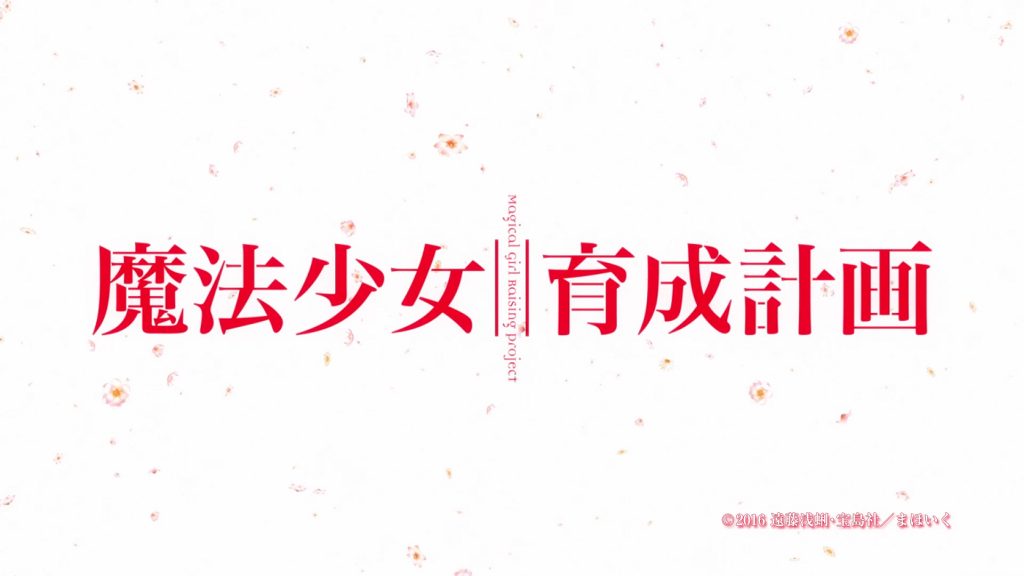 Well, here we go again; it’s yet another magical girl genre deconstruction show that attempts to catch your eye on the back of Madoka Magica’s popularity. While ‘genre deconstruction’ has now seemingly become a genre in itself, it is incredibly difficult to pull off and even more so now it’s lost its initial impact and sense of uniqueness.

While it’s got all the main elements – existing magical girls with emotional problems ready to get stuck into each other; a fluffy and innocent young girl who is chosen by a fluffy and seemingly innocent mascot character to be the city’s newest magical girl; and the childhood friend who ends up a magical girl before the protagonist – this time it transports the genre through a mobile phone game; as y’know they’re all the rage these days. 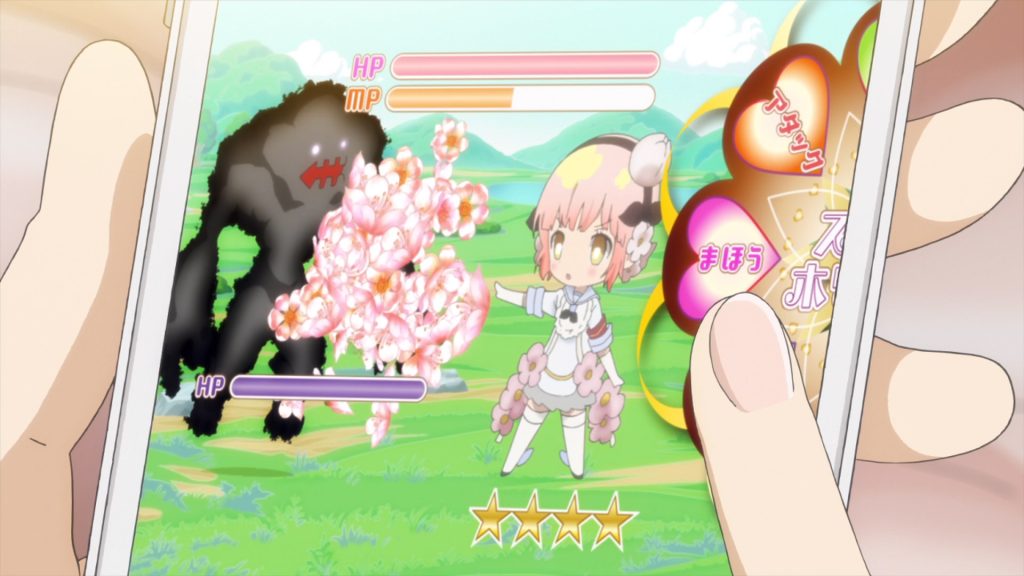 Penned as a multimedia project now, stemming from a series of light novels, I’m sure they’ll release the in-anime game itself at some point, and if so it may be worth a look, as it reminds me a lot of Hyperdimension Neptunia’s style. In the story though, once every so often, the game’s mascot Fav picks out a player who has the potential to become a magical girl and offers them to become one. Our fluffy and innocent protagonist, Koyuki, has always dreamed of becoming a magical girl, after getting hooked on what mysteriously looks like Pretty Cure anime DVDs when she was younger.

Its setup is not really surprising, as we get to see Koyuki’s home and magical girl lives and how she manages them both; before things start to fall down as she is instructed to meet other magical girls for the first time. To do this she is given a phone accessory; after the traditional magical items in the genre; yet it doesn’t really make sense here – Magical Girl Raising Project is a mobile phone game – why can’t they use their ordinary phones to communicate?

The rest of the cast are fairly typical and there are hints of who is potentially going to kick things off and who is going to be bumped off first: the mysterious silent type and the experienced goody two-shoes. The latter of which also turns out to be Koyuki’s childhood friend (who, is also ‘shockingly’ a guy – a concept over which Koyuki lacks a lot of tact); which adds further death flags. 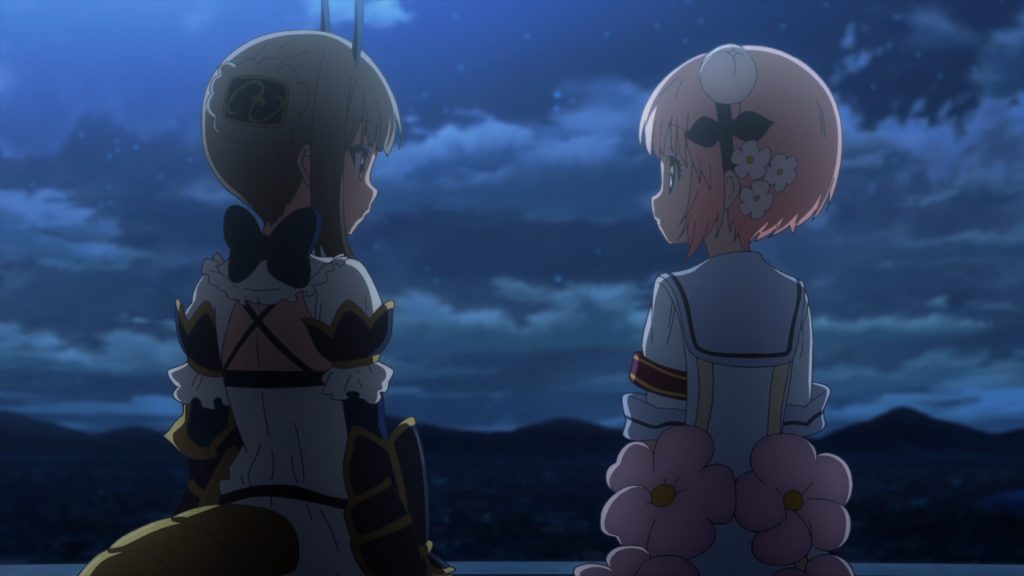 While Madoka had exceedingly good art and sound, I’m not really seeing them jump out at me here. The switch between normal and super deformed styles for the game is a nice touch, but other than that everything is fairly typical.

As such it’s hard to say if this is going to succeed or not. At the moment there’s nothing other than the mobile game aspect to really bring out anything unique or original. It’s all going to depend on to what states it drags the characters down to. It’s certainly got the scope to do something a bit more brutal with the survival game aspect; but this isn’t going to be a genre-defining moment.