Warning! The following article contains spoilers for Citrus Episode 1. If you don’t wish to be spoiled click away now! 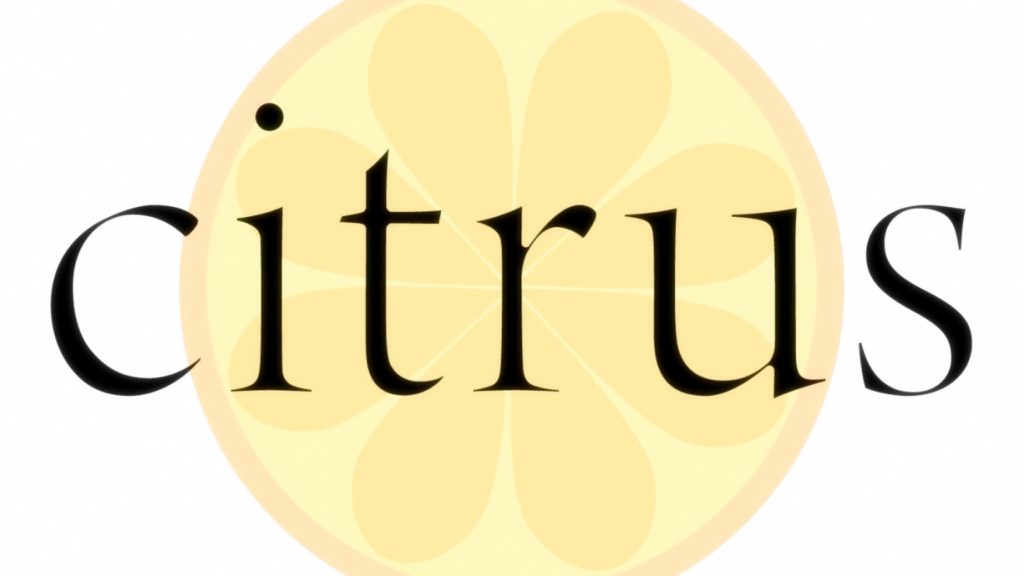 Yuri, or girl’s love, is a bit of a niche in the manga and anime market; while offering same-sex romance stories about girls, its fanbase is small and relatively quiet when compared to the male equivalent. The manga release of Citrus in the west spearheaded a growth of interest in the medium and thanks to the overall popularity of the series worldwide, here we are with an anime adaptation.

As a fan of the manga I was really looking forward to this and it doesn’t disappoint, adapting the first chapter pretty much page for page, even extending some scenes here and there. It even opens up with the prologue which I was afraid it would skip for time; but it does serve as a good introduction to our protagonist Yuzu, a gyaru high school girl who brags to her friends about kissing non-existent ex-boyfriends. Clearly a trend follower, she’s seeing her friends hit it off and wants a bit of that too. 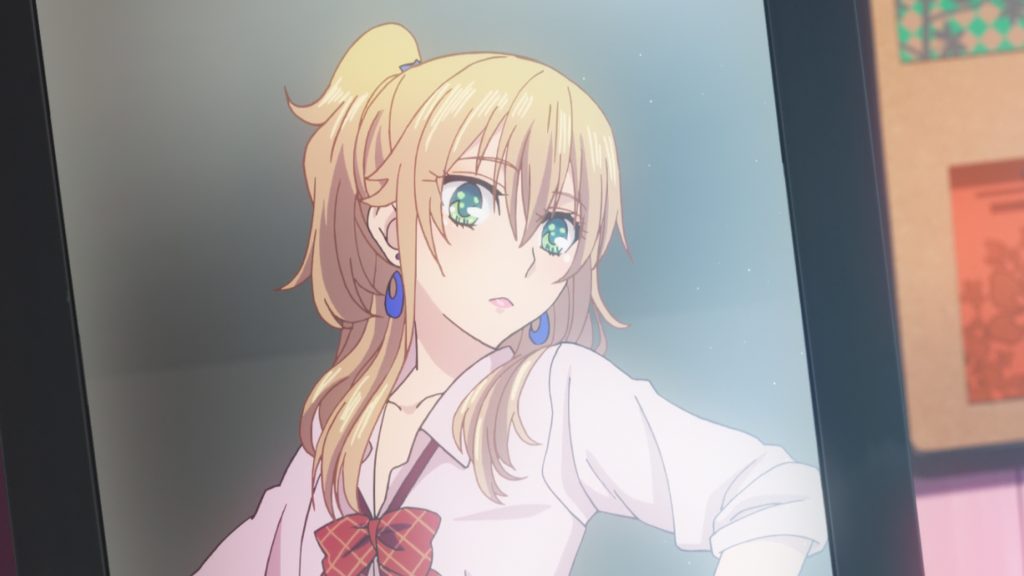 Yuzu’s character is one of the reasons why the manga has proven so popular as she feels like a teenage girl should; young, full of energy, inexperienced and always trying to look good in front of friends, even if those ‘friends’ are pretty bad people. Being sent to a strict all-girls school after he mother’s remarriage, Yuzu’s deliberate flouting of the rules is a rebellion against the oppressive atmosphere of having to fit in. She wants to express herself as an individual and is clearly annoyed at the school for being so darn boring.

Thankfully, she’s not alone as she manages to at least make one friend despite coming on so strong it turns the rest of her classmates off her. Taniguchi Harumi is a gal just like Yuzu, but down to experience knows the ropes of hiding herself and knows how to work around the school rules – like hiding your mobile phone in your cleavage, which is certainly an… ahem… inventive way of doing things. I’m interested in seeing how they deal with side characters as the series moves on, as in the manga there are a few, particularly the student council members, that don’t get as much focus as our leading ladies. 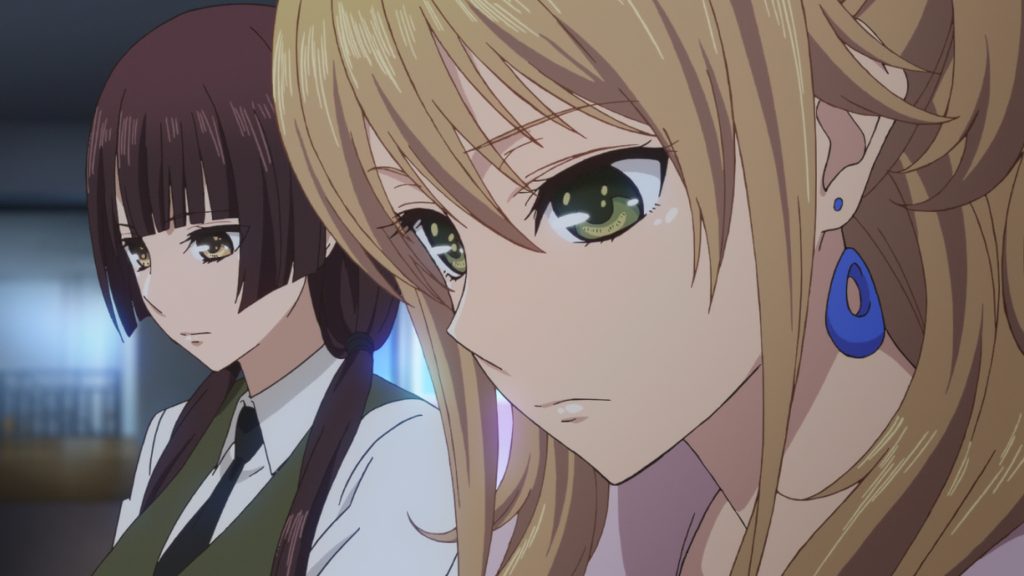 Speaking of leading ladies, student council president Mei’s cold and serious attitude is brought to life really well, and her actions show some darker undertones, which may make some viewers uncomfortable. The scene where she searches Yuzu for her phone goes to full on groping; the kiss with their homeroom teacher behind the school buildings would have the guy arrested immediately in real life, and the climactic scene where she kisses Yuzu is clearly unwanted and could be classed in some cases as assault.

There is quite a lot of using sexual advances to achieve a position of power of another in here, and at this early stage it’s not clear how this is going to be taken forward. Of course, I do know where the manga goes with this, but for the sake of the viewing experience I’ll save that for a full review. What I can say is that those looking for a depiction of healthy lesbian relationships will find this difficult as it doesn’t buck the trend of these relationships being an assertion of power rather than an expression of love. 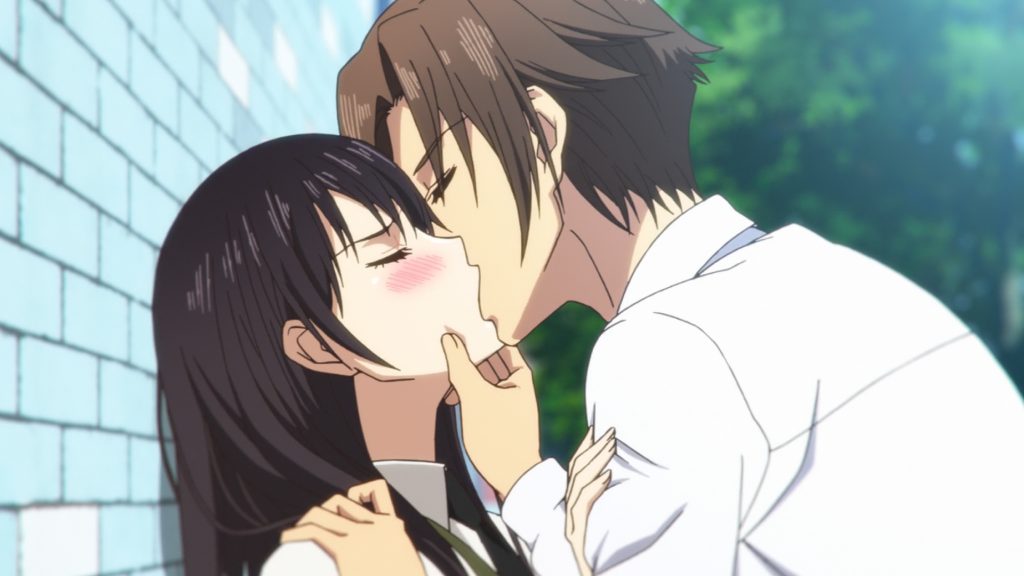 Though in terms of presentation, Citrus does have some lovely work in bringing the characters to life. Yuzu in particular looks especially vibrant and colourful in all her make-up and fancy nails, which is something a black-and-white manga is obviously going to have difficulty in conveying. There are some issues with the CG shots and camera work in the main school atrium and staircase and a lack of detail in some overhead shots of the city with no cars on the roads; but overall it is smooth and well animated. It sounds good too, with some great voice work by Taketatsu Ayana (Yuzu) and Tsuda Minami (Mei), and some realistic sound effects (I’d bet on them actually recording a fridge door opening and closing actually). I do have a slight issue with the subtitles using “Mama” and “Papa” instead of Mom and Dad. I find using the latter keeps it to the casual tone instead of sounding too childish, but translation is a tricky beast at the best of times so it’s not a major issue, just a case of personal preference.

Overall though, Citrus makes a good start that will please fans of the manga; presenting itself just like Yuzu in a bold and colourful fashion. It’s probably going to have to work hard to attract new fans but if it does I think this will be a solid entry in the yuri genre.