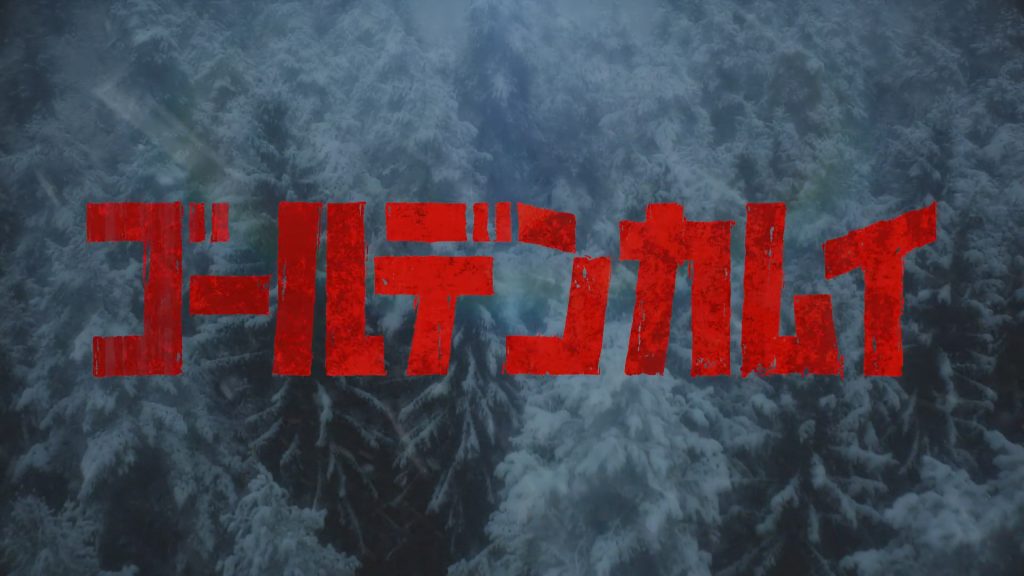 Set in Hokkaido after the Russo-Japanese War, Golden Kamuy is a thrilling tale of adventure, double-crossings and greed. In order to fulfill the last wish of his fallen comrade, war veteran Saichi ‘Immortal’ Sugimoto begins panning for gold to raise money to support his comrade’s wife. After hearing a strange tale of a prisoner who mapped out a path to a stolen stash of Ainu gold by tattooing it on the bodies of other prisoners, Sugimoto finds himself part of a deadly hunt for the gold, with the military and the other prisoners all desperate to get their hands on it. 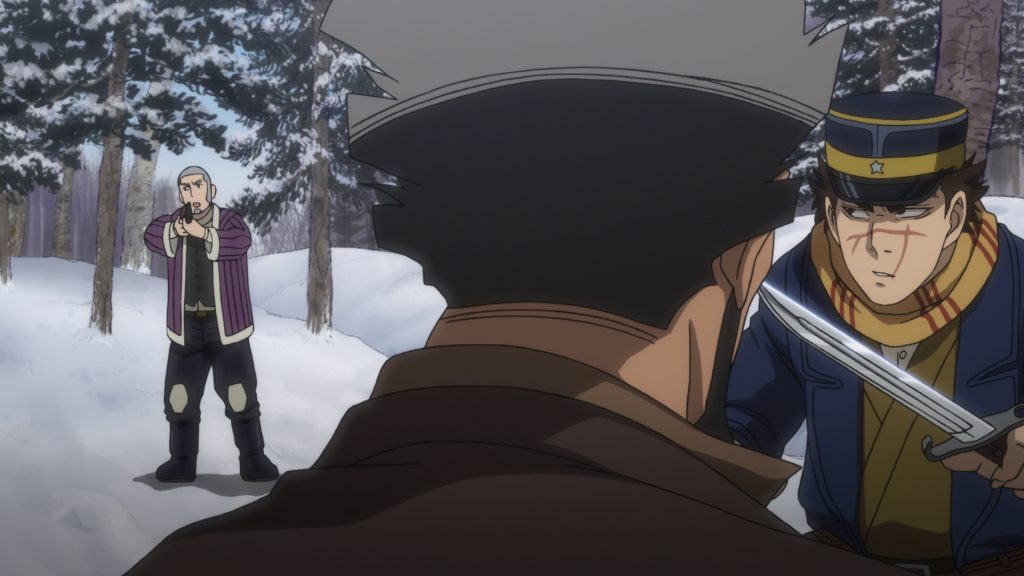 Adapted from Satoru Noda’s manga, Golden Kamuy is a darker and grittier take on a treasure hunt story set as a Japanese-style Western. It swaps the cowboys and Native Americans of the Old West for the snow of Hokkaido, the stationed Japanese Imperial army and the native Ainu people. Choosing this period of history as a setting really makes Golden Kamuy stand out as it is relatively unexplored in Japanese media, as the country as a whole doesn’t like digging into it’s more controversial past. It’s an ambitious backdrop, but it doesn’t seek to make a commentary about Japan’s imperial history instead focussing on its cast of characters and the motivations for each of them to find the gold, whether that is to help someone, for personal gain, or for revenge. While each character has different motivations, they are essentially bunched into a few different groups: Sugimoto’s group, the 7th Division of the Japanese military led by Lieutenant Tsurumi, the escaped prisoners led by Toshizō Hijikata and the Ainu tribe from which the gold was stolen.

The Ainu in particular form a large focus of the story with Asripa, Sugimoto’s young companion, offering an eye on traditional Ainu culture. There are quite a few scenes with the pair hunting for food, using traditional Ainu methods and showing how they believe in living in greater harmony with nature and being more environmentally efficient. The focus on cooking and Ainu-style cuisine was particularly surprising, going into gourmet manga levels of detail in how different animals are prepared and cooked, and what parts you can or cannot eat. It’s a good showcase for their culture, with not just hunting and cooking, but traditional living and the Ainu language all being intrinsic parts of the anime. As with the manga, Ainu language linguist Hiroshi Nakagawa works on the show as an adviser, ensuring the spoken Ainu is as accurate as possible. Recently there has been a political push to acknowledge the Ainu people more, who have largely been assimilated into Japan, and with the global reach of anime being featured in Golden Kamuy offers a unique chance to show off that traditional Ainu culture in language that has practically all but disappeared. 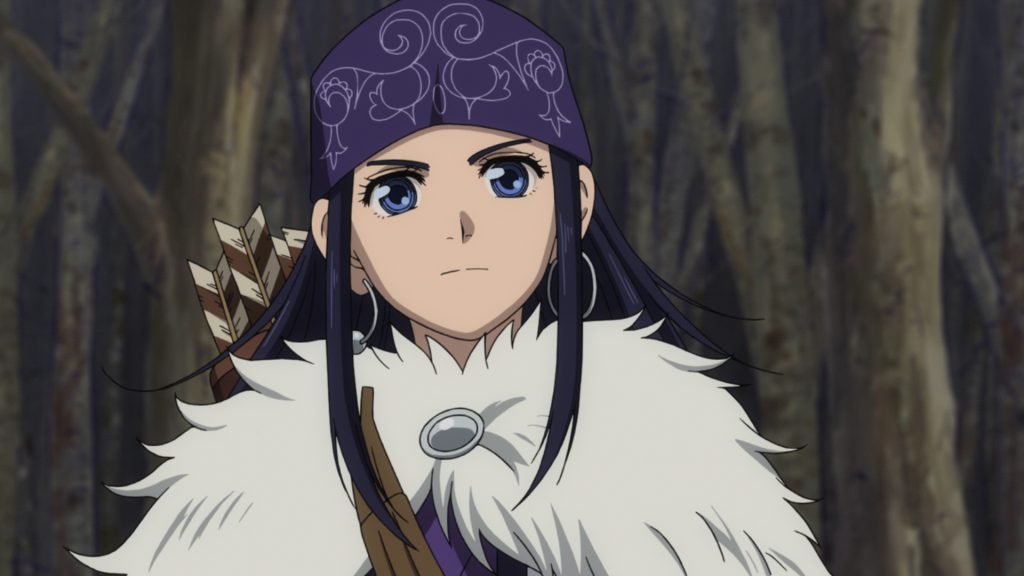 The Ainu are generally neutral and just want their gold returned, while the other groups are far more hostile both with and within each other, and there’s not a lot of trust to go around. One of Sugimoto’s companions, Shiraishi, is one of the escaped prisoners and only joins the group after agreeing a truce with Sugimoto to stop both of them freezing to death in a river. Shiraishi is an oddball comedic character who sets out a template for a lot of the villains in that while they are dangerous, there’s a certain level of comedy or absurdity inserted into them to make them more memorable. It’s very similar to how JoJo’s Bizarre Adventure handles its villains in that respect. Tsurumi is visually striking thanks to the metal plates covering a head injury he sustained during the war, Hijikata appears very commanding with a katana at his side, wearing Shinsengumi garb and long silver hair, and a lot of the soldiers have a very wide-eyed design that makes you question their sanity as much as their actions do.

It’s a visual design well done that matches both the period and the plot, with the art being darker and sharper to reflect it’s slightly older seinen audience. Sadly, this visual design is ruined when it comes to the blending of the 2D and 3D animation. In a recent interview with NHK World programme Imagine-Nation, the studio revealed that a lot of time was spent on using CGI animation and 3D modelling to make the show’s animals look and move as close to real life as possible. While this is certainly true, and the animals really bound around scenes with some force, there’s a visual mismatch that makes them look really out of place. It’s not that the CGI is particularly bad, it just doesn’t fit with the rest of the show. Take the CG fire effect for example – it’s something that would work perfectly fine with a real life electric fireplace, but place it in with the 2D animation and it just looks weird. 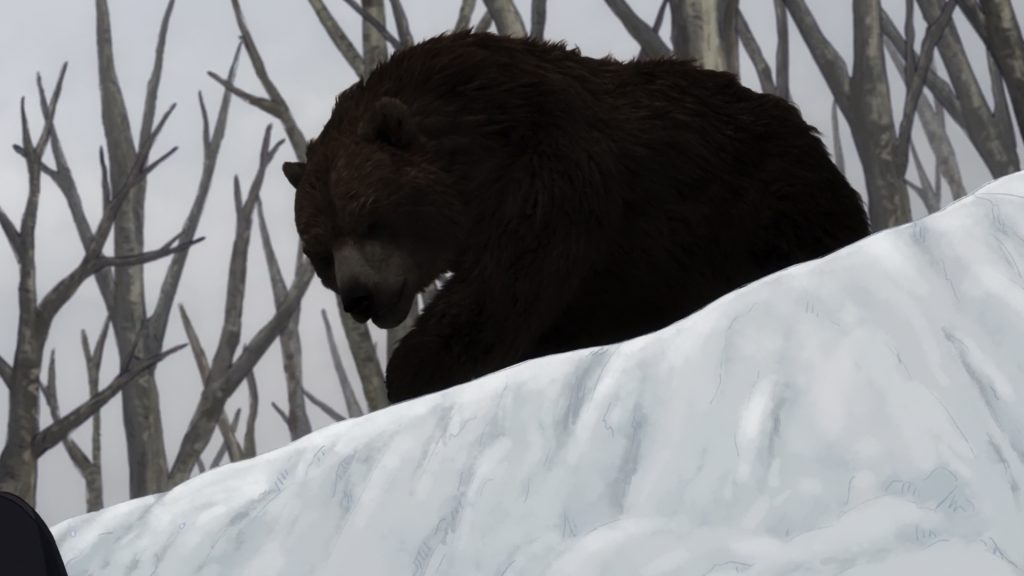 When the out of place CG isn’t there it’s a whole lot better though, with action scenes flowing nicely and pausing at just the right moments to raise the tension. While this is more likely down to the tightness of the script of the original manga, it’s pleasing to see it translate over well. And while the soundtrack isn’t exceptional it’s good enough to carry through in the background and reflect the tone of the overall scene. The Japanese voice track is generally spot on, with characters voices fitting nicely, especially Houchu Ohtsuka as Tsurumi who really puts in that creepy edge that Tsurumi got going with his character.

As this is the first season of an ongoing manga, don’t expect any conclusions or a short ride (a second season has already been confirmed for the autumn), but over the course of these first twelve episodes, Golden Kamuy sells itself really well. It has a great cast of characters and really follows through on that Japanese western style and sense of adventure. It’s a really solid show and it’d be a shame to let this slip past your radar.