Mental illnesses are always a sensitive topic to cover in any form of media, and while the topic should not be shied away from, it needs to be given a healthy dose of respect. In One Week Friends that’s the type of setup we discover, as typical high school guy Hase Yūki attempts to befriend the isolated amnesiac Fujimiya Kaori.

Every Monday, Kaori loses memories about her close friends, only retaining those involving strangers or her family. To avoid causing others pain in seeing her condition, she has chosen not to befriend anyone, making her the lone sheep in her class. Noticing this, Yūki takes an interest in her and resolves to become her friend and integrate her into the rest of the class. 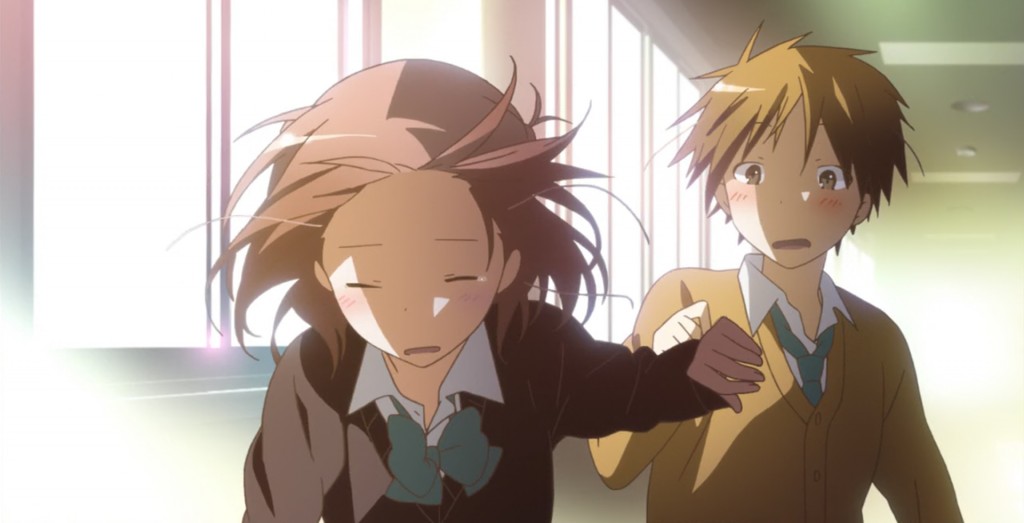 Originally serialised as a manga by Matcha Hazuki in Square Enix’s Gangan Joker, Brain Base’s adaptation lifts the manga’s art style from page to screen, giving us an artistic, sketchbook style that benefits the rich, emotional story better than what conventional TV animation styles could. That said, this is a drama/romantic comedy series, so don’t expect things to get too heavy despite some of the serious subject matter.

For the majority of the time it’s actually quite light-hearted, as we see Yūki’s initial attempts to form a bond with Kaori, as she slowly lets him into her life and the couple begin eating lunch on the school roof together away from the bustle of the classroom. It’s these key early moments that resonate strongly not just with Yūki, but with us as the viewers as Kaori’s façade melts away into a completely different person. She’s still guarded, as she forbids Yūki from talking to her in class, but she’s chatty and amiable all the same.

After Kaori reveals the issue with her memory, Yūki becomes fixated by her issue, a topic that is always the driving force in the plot, and proposes that she keep a diary that she can review every Monday so that she knows what she has done up to that moment. The diary is a major plot device in the first few episodes, particularly in a sequence where Kaori loses it, but it is nicely kept in the background even after its main job is done. This keeps the continuity between the major interactions and ensures the story flows in a way that nothing is forgotten. 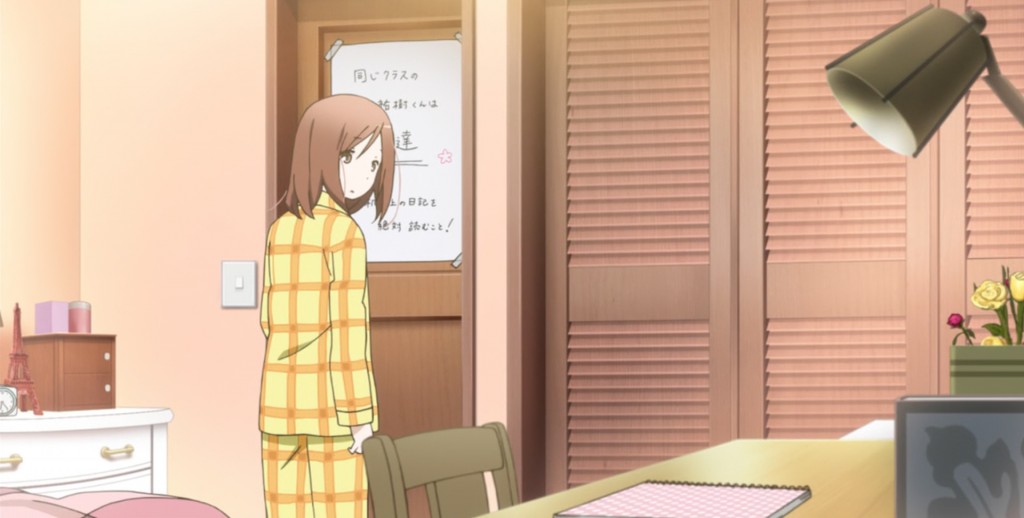 By the third episode, the two have got a reasonably nice relationship going, and under that element of trust, Yūki decides to get his best friend Kiryū Shōgo in on the act. Shōgo is a cold and blunt guy who would prefer not to get involved, but with Yūki’s annoying persistence and stubbornness ends up giving in. While there’s an introduction of a new friendship, the response from Yūki is all too predictably met with jealousy as Kaori gets friendly with his best mate, which is an aspect of his character that rears its ugly head too often in his static development. It would have been nice to see him evolve as much as Kaori does, but he stays clingy, overbearing and suspicious for the majority of the series.

Keeping it to those three would exhaust the plot though, so we’re quickly introduced to more new characters, including forgetful Yamagishi Saki, whose memory problem seems worse than Kaori’s, and her two friends Serizawa Maiko and Nishimura Ai. As Kaori opens up to the class the three girls stick to her like glue, leaving Yūki gnashing his teeth in anguish over the fact that he doesn’t get any alone time with her anymore. This once again brings up issues with his slow character development, which now begins to affect the pacing until he finally gets her alone for most of the summer break. Is it love? Well, despite the two acting as if they were dating, Yūki is too stubborn to realise that he’s in love with her, and Kaori doesn’t even seem interested in that kind of relationship. It’s one of those shows where the romance angle is there, but it teases the viewer without really going anywhere with it. 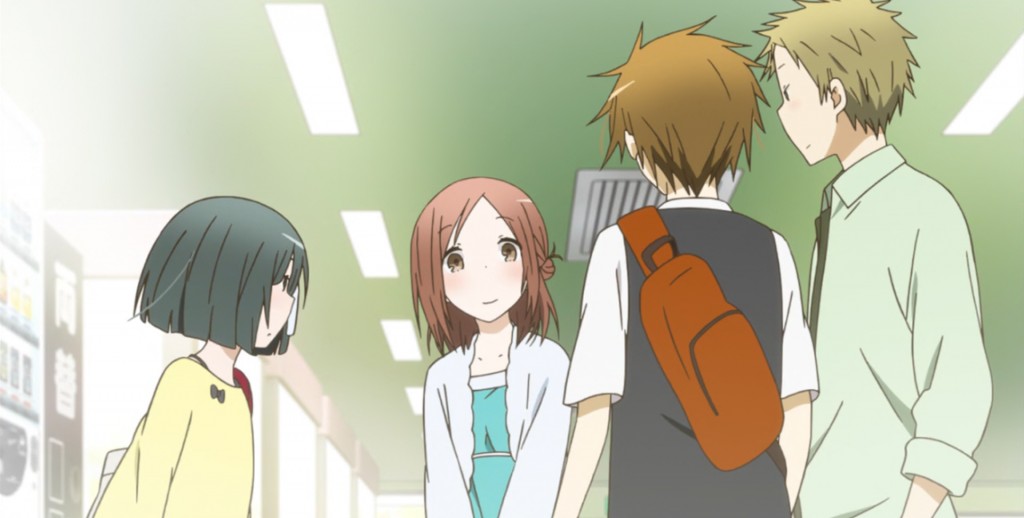 That all gets put on the backburner though as we turn into the second half of the series. The real issue is Kaori’s memory of course, and childhood friend Kujō Hajime turns up from Hokkaido to heat things up. After what was a few episodes of fun and relaxing slice-of-life quickly turns to intrigue as we are asked to question the relationships between the characters and unravel the mystery behind Kaori’s disappearing memory. And it’s a mystery that is unravelled with drama and grace that treats its sensitive subject matters with healthy respect.

Considering that the manga is still ongoing, Brain’s Base could have left One Week Friends as an open ended slice-of-life show, but keeps it grounded as a drama which nicely resolves the majority of its plot threads across just twelve episodes leaving us with a satisfying and good quality piece of animation. There are just enough things unresolved to offer a hook into getting more buyers of the manga, even if the animation never re-appears.