After receiving a pack of trading cards from her brother, Ruko Kominato is pulled into the dark world of WIXOSS (pronounced wi-cross, a portmanteau of ‘wish across’), a card game with a deadly secret. After breaking open the deck, Ruko discovers that one of the card characters can move – she’s been chosen as a Selector, one of a number of girls who battle each other on alternate world fantastical battlefields in order to fulfil their wildest and darkest dreams. If you keep winning you have the chance for your wish to be granted depending on certain conditions, but lose three times and your memory of playing WIXOSS will be gone forever.

Trading card games are immensely popular in Japan, with many anime and manga stores showering their lowest level with the things, so it’s no wonder that we’re inundated with card game anime. A lot of them are simply about the game, but selector infected WIXOSS uses it as more of an extensive plot device that fuses it with the melodrama of the ‘dark’ magical girl genre that has sprung up in the wake of Puella Magi Madoka Magica. This series’ magical girl equivalent is LRIGs, mystical cards which take on the appearance of teenage girls that can fully interact with their users. It’s the same sort of idea that was used in Fantasista Doll, but unlike that series’ real-life manifestations, LRIGs can only manifest themselves on the battlefield. While not an original idea, selector infected WIXOSS puts a dark spin on it with revelations that add tension and mystery. 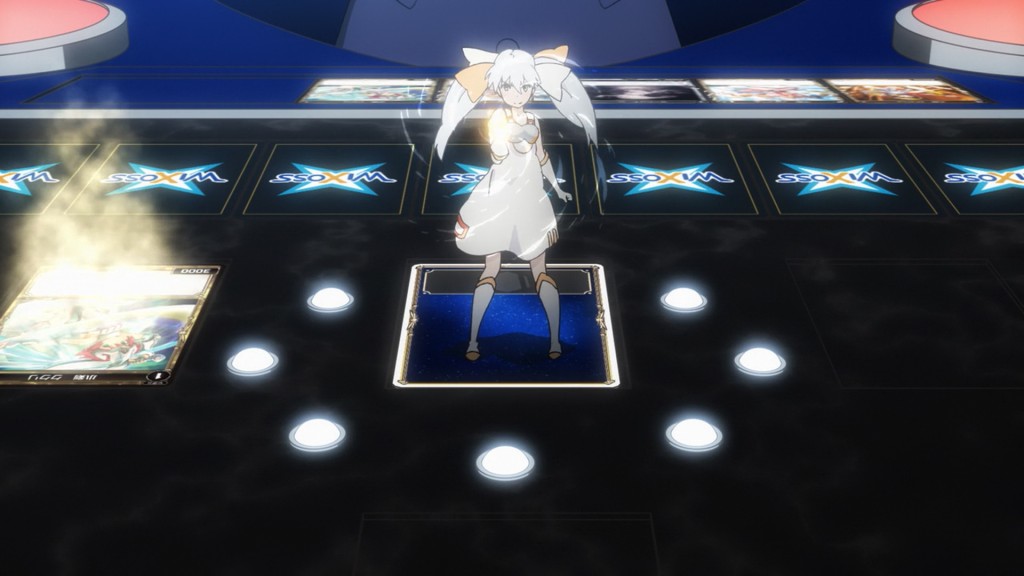 The card battles sadly leave you feeling empty handed, which is disappointing if you are a card game fan. From the battle turns that are shown you can get a small feel for the flow of the game, with LRIGs able to ‘grow’, a concept that never gets explained, and attack and defence cards being able to be played. However, the gameplay is often interrupted by the girls wailing and getting emotional over why they are playing, which makes it clear that the focus is primarily on the melodrama. It seems then that Steins;Gate director Takuya Satō has determined that the content and play of the game are not important, instead focussing on the psychology behind the reasons the girls are playing.

That wouldn’t be a problem if the cast was made up of strong characters, but the majority are weakly built and unlikeable. Ruko is the main culprit, as one without a firm wish she thinks of herself as weak and unworthy of being a Selector. She spends a lot of her screen time brooding indecisively, trying to convince her friends that her sacrifice will let them see their own wish come true. Her actions hold the show back in its pacing, leaving it stuck in an agonising loop as we wait for Ruko to come to the obvious solution to the main issues that are presented with the LRIG concept. Other characters have similar faults, like Hitoe Uemura who is a shy, timid girl who wishes she had friends and never really moves forward until the final episode and Akira Aoi, whose constant aggressive attitude and thirst for revenge grates until her inevitable fall. 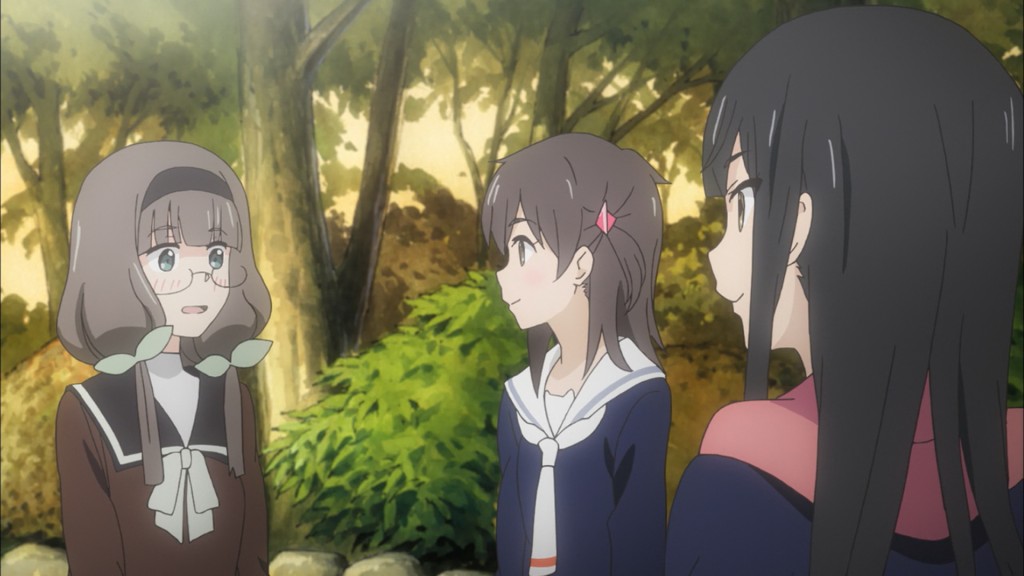 The exception is Yuzuki Kurebayashi, Ruko’s first and closest friend, whose wish brings a refreshing and realistic take on the theme of incest in an industry where it is most commonly passed off as a feature of romantic comedy stories. She’s in love with her twin brother, and despite the fact how much she knows it is wrong she pushes ahead resolutely and becomes the first to see her wish granted. There are still a lot of tears involved, but her predicament is something you can invest in as the show grounds itself in reality as the couple face bullying, isolation and other challenges in their affair.

Visually, JC Staff employs a dark palette to reflect the dark tone of the show; with a muted feel to the daytime scenes and a lot of the action taking place at night, in dark shells of buildings or construction work and under shadowy bridges. The Selector’s battle arenas are similarly dark and mysterious, with the LRIGs’ assigned colours and attacks flashing vividly in the gloom. It’s not the prettiest or most well animated, but the tone brings an ever present sense of dread and an expectation that something is going to go wrong. This is reflected in the audio too, with its sombre, atmospheric soundtrack and eerie, melancholic opening and ending themes. It’s a sound that’s very much in the background, but works to pin your emotions down on the girls’ emotions, the action of the card game, and the mystery behind it all. 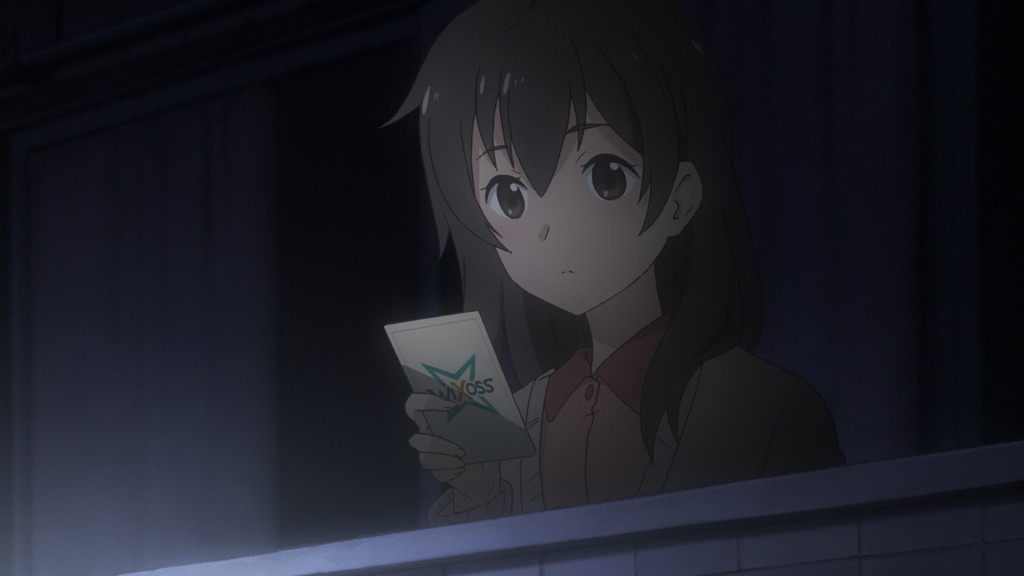 What’s evident is that selector infected WIXOSS tries to do for card games what Puella Magi Madoka Magica done for magical girls. It’s a genre deconstruction that comes off weaker than its spiritual predecessor as it tries to be a ‘best of’ compilation of other titles, taking ideas from various sources and combining them into something rather average, not excelling at one particular thing. Its realistic approach to incest should be applauded though, in an industry that often uses it for cheap thrills.