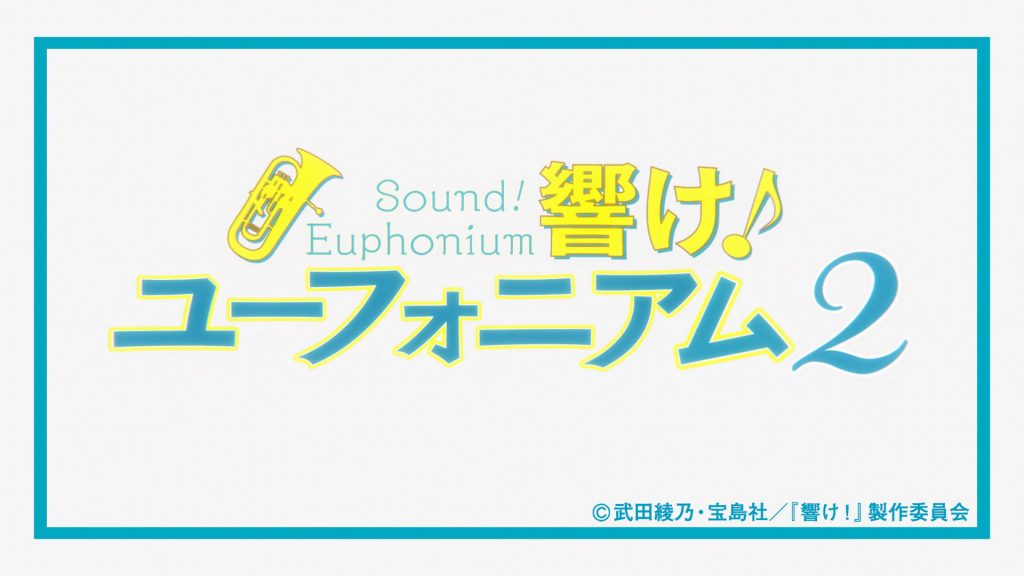 The second season of Kyoto Animation’s acclaimed Sound! Euphonium directly follows on from the end of the first season and already in this first double-length episode is putting itself forward as a candidate for best in season.

I’ve loved Kyoto Animation as a studio ever since I began with Haruhi, so it’s great to see them back on track after whatever Myriad Colors Phantom World was. Their soft, squishy art style always looks great, but they seem to have a limited amount of talent for producing well-written story-based animation. 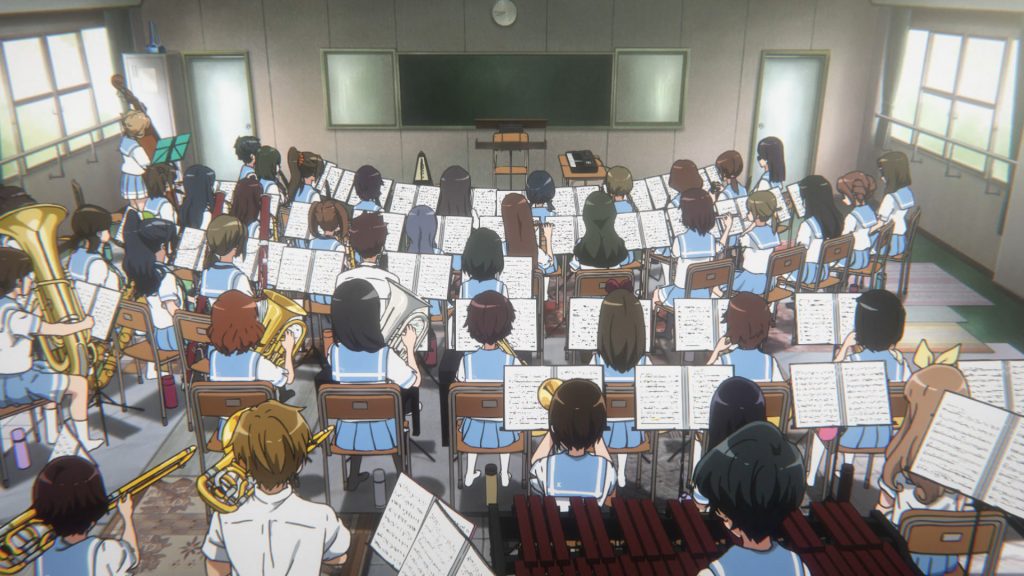 If you enjoyed the story in the first season of Sound! Euphonium, it looks like this season is going to be just as good, if the ominous pre-titles sequence is anything to go by. Putting Kumiko alone in the snow (before an appearance by Reina) sets a rather depressing tone which has made me doubt whether they get all the way through their future competitions. Either way, there’s a long way to go and lot to overcome even before they think of clinching more awards; with one problem coming their way right off the bat as the ‘mass-quitting’ incident rears its head once again.

This was one of the plot points that didn’t really get resolved last season, and I don’t know about anyone else, but personally as I saw the current generation of the band form up I cared less and less about what happened before. The club sucked, everyone left and it reformed bigger and better than ever before. That’s progress. Dragging up this subject again is not something I really wanted, but it seems that a lot of the characters still have a bugbear over it.

This gives an opportunity to add new characters into the mix, namely one girl who dropped out but now wants to be back in the band. This doesn’t sit well with the band’s senior players who don’t want to ruin what they have gained with winning the competition. There’s plenty to explore here, but it risks taking away the limelight from Kumiko and Reina who arguably provide the most magic in this show. 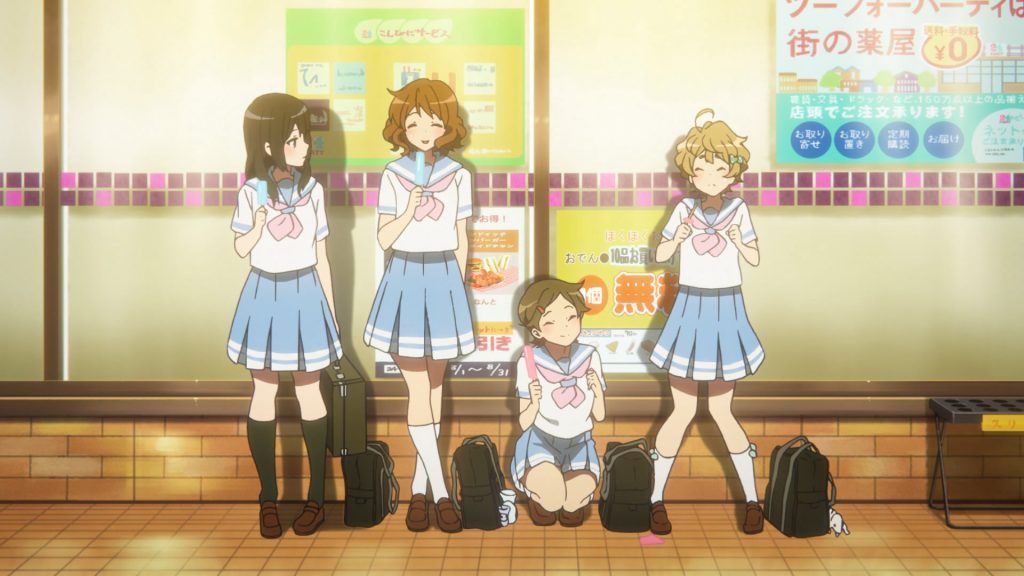 For those fans who do like to engage in some ‘shipping’, the dynamic between the two is still there, and I love how there’s a distinction between how they speak to each other when alone and when they’re with others. The delivery is a lot softer and playful; you can really feel the bond between them, which is a testament to the voice actresses’ talent.

For those who come for the music over the drama though, the heat is very much still on as the band step it up for the Kansai competition, and with a new assistant teacher on board it feels like things are going to get musically tougher. With the band already having achieved some success I want to see them pushed further this season. Yet, one of the main difficulties that his type of show has is accurately depicting people improving how they play their instruments, as the soundtrack is recorded using professional musicians. So you won’t be able to hear it, but it should be depicted in the animation. The first season got this right, but I want them to go deeper without descending into the maddening melodrama of idol shows.

Still, everything is set up for a grand performance, and it’s going to be thrilling to see how far they can go. If the second season can keep pace with the quality of the first, this could be one of the best of the year.