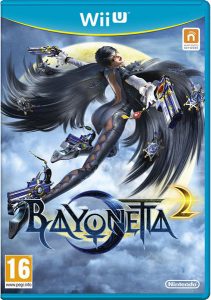 Bayonetta 2 is a sequel that delivers some of Platinum Games’ best work on a platform nobody expected it to be on. Nintendo stepped in where no one else would and the result is one hell of an Umbran Climax.

Bayonetta 2 begins several months after the original; where due to those events the balance of power between the trinity of realities – Paradiso, the human world and Inferno – is off. Both angels and demons are restless and overstepping their bounds, with the demons pulling Jeanne’s soul into hell itself. Blaming herself for Jeanne’s untimely demise, Bayonetta sets out to reclaim her best friend’s soul by travelling to the sacred mountain of Fimbulventr, where the gates to heaven and hell are said to lie. 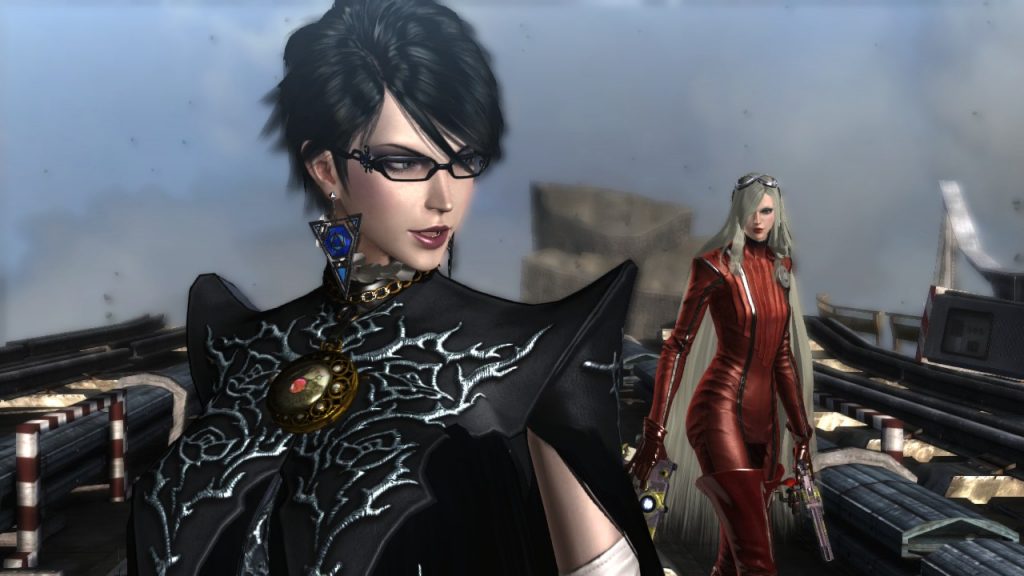 The tale fits well into the Bayonetta universe, reuniting the lovable cast of characters from the first game, from the hilarious bumbling idiot that is Enzo to the ever convenient Luka (seriously, how does he turn up in the right place at the right time); along with some new faces like Loki, a kid with a terrible faux-English accent who decides to be your guide and somehow always gets into trouble. Loki does get a bit annoying at times, but for the most part it’s the same bonkers style of story and background that made Bayonetta so engaging.

And it serves as a background to furious, high-paced combat, keeping the same style of gameplay from the original, albeit it with a few tweaks here and there. Combat is reminiscent of Tekken, tying a button to each set of limbs which you use to execute different combinations of moves. You can get away with button mashing but to get through the harder challenges you need to master the combos and the Witch-Time system, which stops time for a few seconds and enables you to dodge deadly attacks. It takes time to master, but as with the original it is fast, fluid and oh-so satisfying. The Witch-Time timing seems to be a bit more open now, making enemies less punishing when you don’t have to be frame-perfect. It’s more natural and less frustrating than it used to be and opens it up better to newcomers. 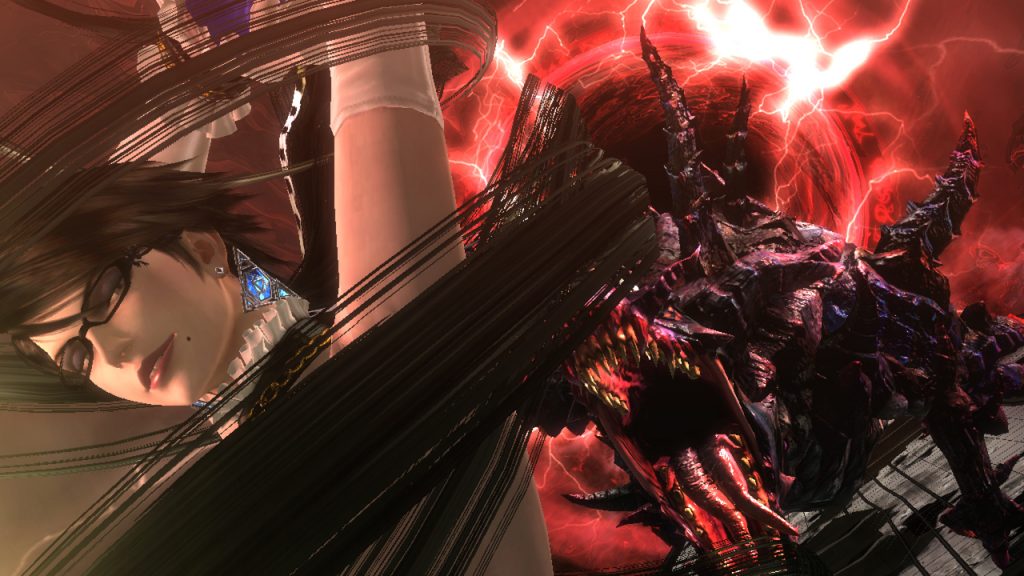 One new addition is the Umbran Climax, a move which calls upon the demon contained within your selected weapon to unleash powered-up attacks which are really useful in the harder fights, giving you a chance to make a comeback if you’re struggling. It’s activated with a full magic meter in the same vein as the torture attacks. While torture attacks are better against a single foe, Umbran Climaxes are better when you’re surrounded by enemies, in particular when you are using one of the longer ranging weapons. A few of these, like the whip you get in the late-game, show a weak-point of the game’s horrendous weapon balancing in some of them being much more powerful than others. Bayonetta’s trademark guns get discarded fairly quickly as you get access to weapons that can give more damage in a faster amount of time. Some weapons give more damage to specific enemies, but this feature is never really capitalised on.

The enemies themselves are still full of the creativity present in the first game, particularly in the fleshing out of the demons. A lot of them are really challenging and in some cases genuinely creepy. Sadly, a couple of the latter chapters end up being a boss-rush through the bosses of the first game; which while being relevant to the plot, takes a little something away from the experience for returning players wanting something new. 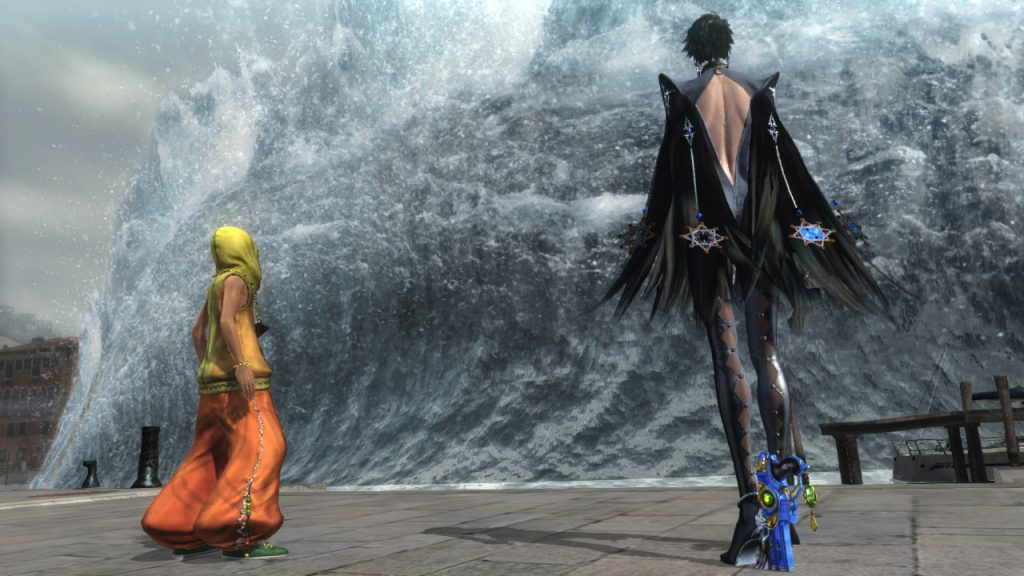 For those who do, Bayonetta 2 introduces a co-op multiplayer mode, Tag Climax, which pits you and another player against a set of challenges that offer a quick jump-in point if you just want to have a quick play session. In a similar vein there are the Witch Trials that are unlocked after the main story which offer tougher versions of the Muspelheim challenges that are scattered throughout the main chapters. For players wanting more of a challenge, these are thankfully on a greater level of difficulty than the main game, which is on the easy side compared to the original.

While it’s not like the game has been dumbed down any, the difficulty level in general is a step down from Bayonetta; the hard difficulty (3rd Climax) seems more like normal on the original, and this is really evident as you get to the big bad, which on top of it being to easy to beat, is very weak as an antagonist compared to the original.

It doesn’t really make best use of the Wii U’s features either, although that’s more to do with the type of game it is. The tacked-on Gamepad touch controls do work but aren’t going to be what you play the game with. Off-TV play is also there but again, you want to be playing this on a big HD screen to appreciate the gorgeous visuals, which prove that you don’t need high-end hardware to make a game that looks good and performs well. There’s never much sense of lag or dropped inputs which can be crucial for this type of game. And that said the Wii U Pro Controller is a recommendation for playing this, as it just feels so much nicer to use than the bulky Gamepad.

That doesn’t make it any less worthy to be on Wii U though, and it was a masterstroke for Nintendo to take a hand in publishing this as it is one of the finest games in the Wii U’s library. As an overall experience it doesn’t quite match its predecessor, but with the combat improvements, the same flair in its presentation and a story which connects in unexpected ways, Bayonetta 2 is everything fans could have hoped for in a sequel.